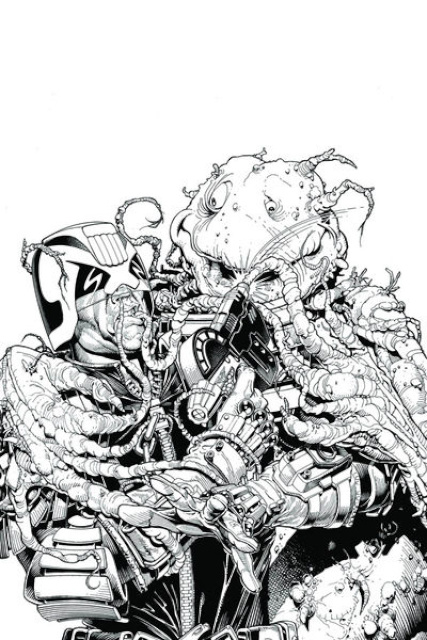 2000 AD is the UK's award-winning cult SF anthology title! Wanted criminal Deller has the object of his vengeance in his sights in the explosive finale to Judge Dredd: Served Cold; the Couch Potatoes are back in Persistent Vegitative State; Gene the Hackman fights his way out of the Aux compound in Kingdom: His Master's Voice; there's murder in the skies at the climax to Ampney Crucis Investigates: The List of Ten; the fate of Hell lies in the balance as Lucifer faces his final reckoning in Necrophim: Civil Warlord; and take a trip back to the Cretaceous Period as those dino-wrangling cowboys return in Flesh: Texas.