The ultimate showdown between Cowboys and Indians is interrupted - by an alien invasion! - and the Old West will never be the same! Every conqueror believes himself moved by a higher power, his destructive actions justified by necessity, compassion, or divine providence. In the greatest and most deadly expansion the world has seen, European settlers pushed west decimating the native population, without a second thought. But when extraterrestrial invaders land in the Old West, they give the cowboys the fight of their lives, forcing them to pair with Indians in this battle for control of the planet. Based on the upcoming Summer 2011 blockbuster Cowboys & Aliens, starring Daniel Craig, Harrison Ford, and Olivia Wilde. 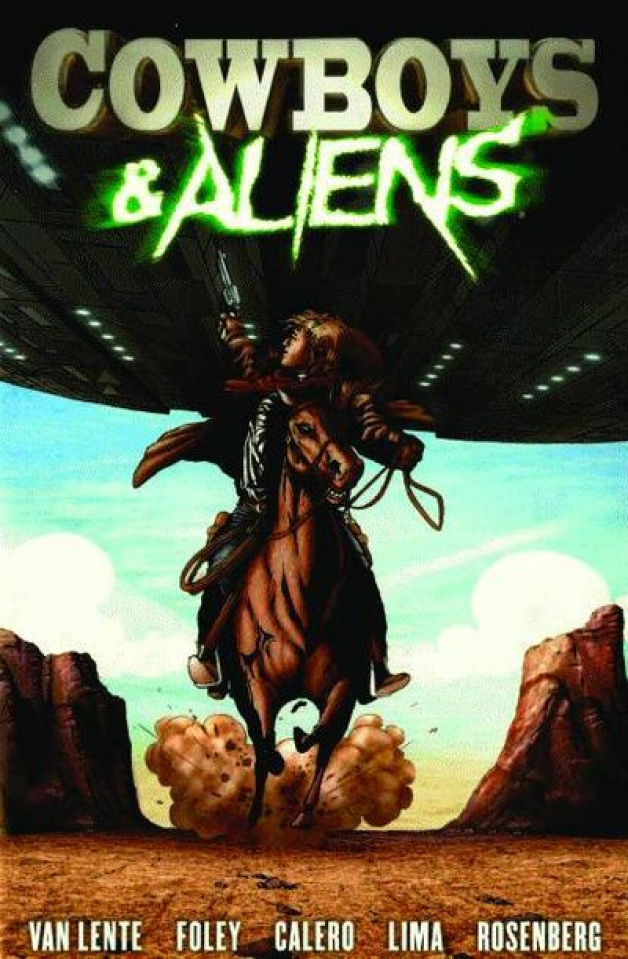