Released in 2000, Safe Area Gorazde confirmed Sacco as one of the preeminent journalists of his time, and earned him a 2001 Guggenheim Fellowship. Now for its 10th anniversary, Fantagraphics is releasing an expanded hardcover edition which, much like 2007's Palestine: Special Edition, supplements the original work with page after page of related drawings, on-site sketches, photographs, and transcripts from Sacco's notes. 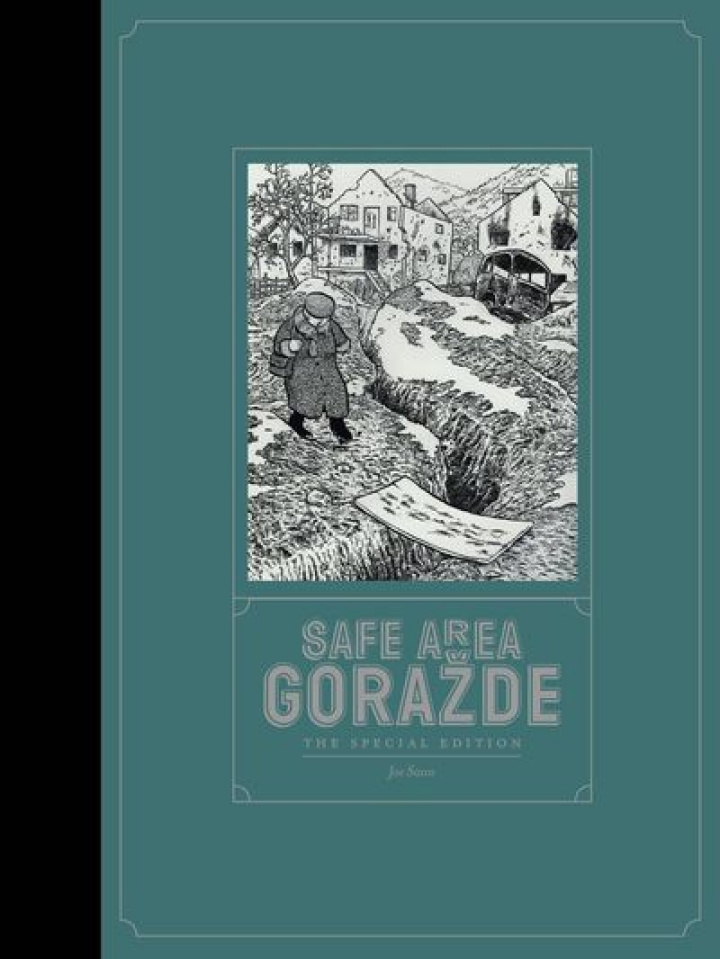