Over a thousand years ago, the great kingdom of China was under constant threat of invasion by powerful tribes and warring states along its rugged western border. For generations, one fiercely-patriotic clan of warriors - the 'Yang' - battled bravely in the nation's defense. The widows of the clan pleaded with the Emperor, whose own court had become weakened by corruption and greed, to send reinforcements. But none came. Soon, the last remaining Yang soldiers were overwhelmed by a sea of bloodthirsty invaders. Distraught and incensed, the Yang widows - a few hundred strong and many of whom also seasoned warriors - took arms and set off to the western border. But even before reaching the enemy, the journey itself would be fraught with peril. In their determination to avenge the deaths of their loved ones, the Widow Warriors would face the full fury of nature's most destructive forces, a vast enemy army with sorcery and monsters on its side, and perhaps most powerful of all, the demons within themselves! Pat Lee's return to comics! Collecting the four-issue series, plus bonus material and cover gallery in one volume. 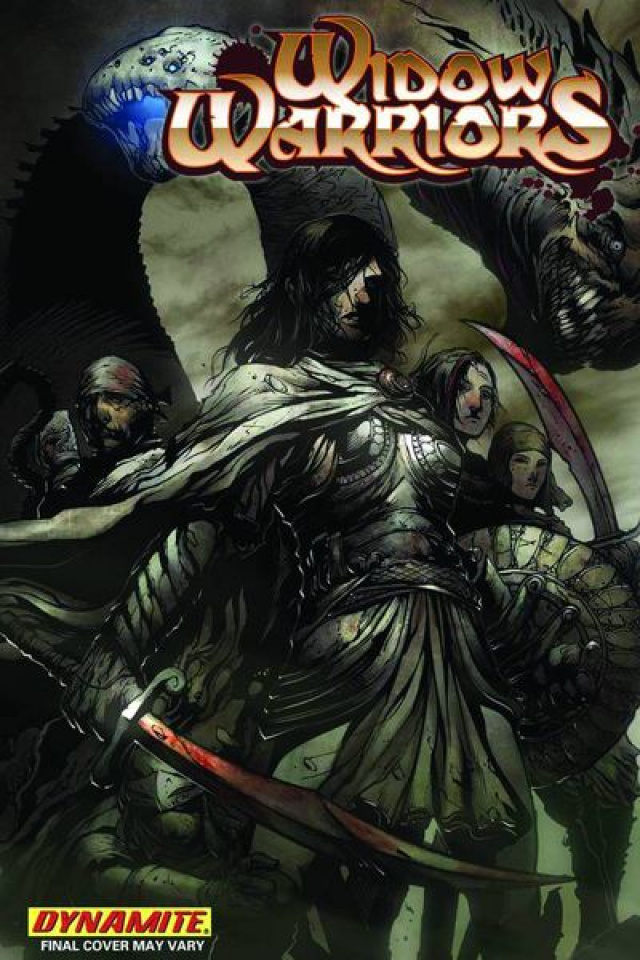