It's Uncle Scrooge's turn to honor the 70th Anniversary of Walt Disney's Comics and what better way to do it than with one of the most sought-after stories by Disney legend Don Rosa? Enjoy the hijinks as Scrooge McDuck and the gang follow Gyro Gearloose's new invention to the center of the earth in Rosa's unforgettable tale, 'The Universal Solvent,' collected in one issue for the first time ever! With art, story and cover by Rosa himself, how could you possibly resist the penny-pinching ways of Scrooge McDuck! 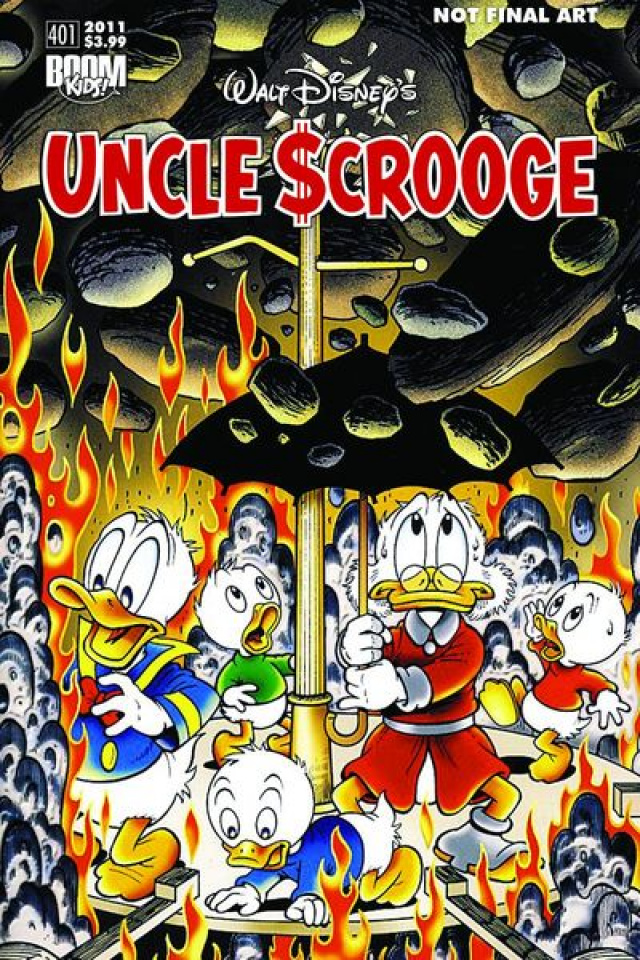