The premiere issue of an unforgettable new sci-fi epic that asks the question: what makes us human? Enter the future where pollution, poverty, and armed conflict have been obliterated. Only off-world on the terraformed moons of distant planets does war still exist. Corporations command more power than governments and when they go to war, they use their own military force - armies composed of bio-engineered clones. For generations, these clones have not questioned why they live and die while their makers risk nothing. But now, one of their own will stand up against injustice, sparking a revolution that will change the entire galaxy, igniting Insurrection! Covers by Karl Richardson and Rael Lyra. 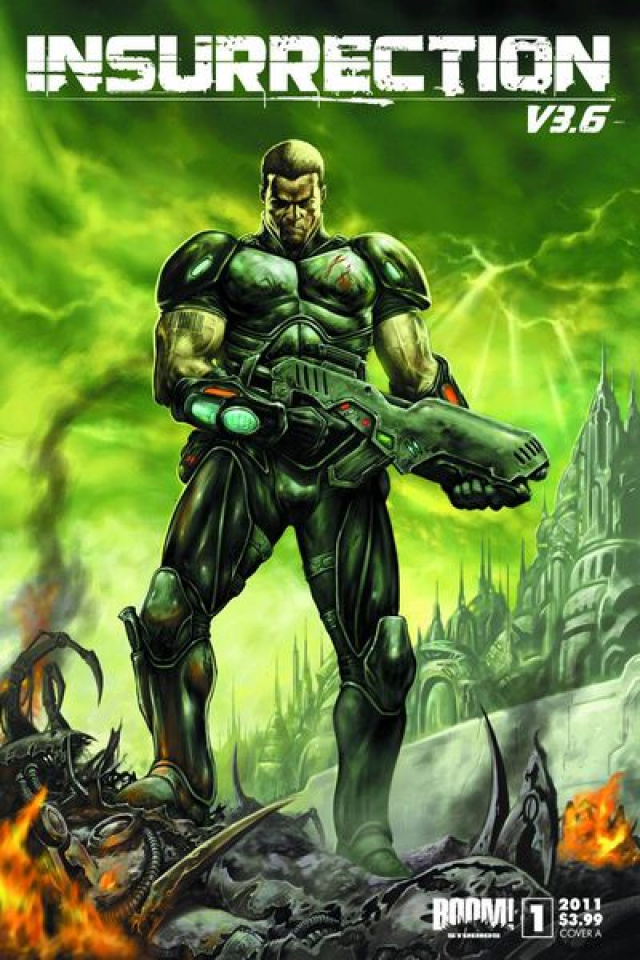