In an age of depravity, one man's appetites horrified the entire Roman Empire. The very Empire he ruled. Some stories are passed from one generation to the next only in secret. Told in hushed whispers as the very words are too horrific to speak aloud for fear they offend the Gods. A Roman Empire built on the blood of its people, a ruler who began as a generous man but who ended as the most debased of monarchs. One name still speaks volumes of how absolute power can corrupt - Caligula. David (Crossed) Lapham unveils a new tale of Caligula, he was not just a man drunk on power, he was possessed. A modern master of horror, Lapham digs deep into the world of Rome 37 AD and offers a unique epic of horror. Joined by new talent German Nobile who promises to serve up fully-painted pages dripping with blood, this all-new, full-color series will be six issues of evil that will make any Crossed fan smile with glee. For in the age of Caligula, all roads lead to Hell. Caligula #1 is available with a Regular cover by Jacen Burrows, a Wraparound cover by series artist German Nobile, and a special rare Golden retailer incentive. MATURE THEMES 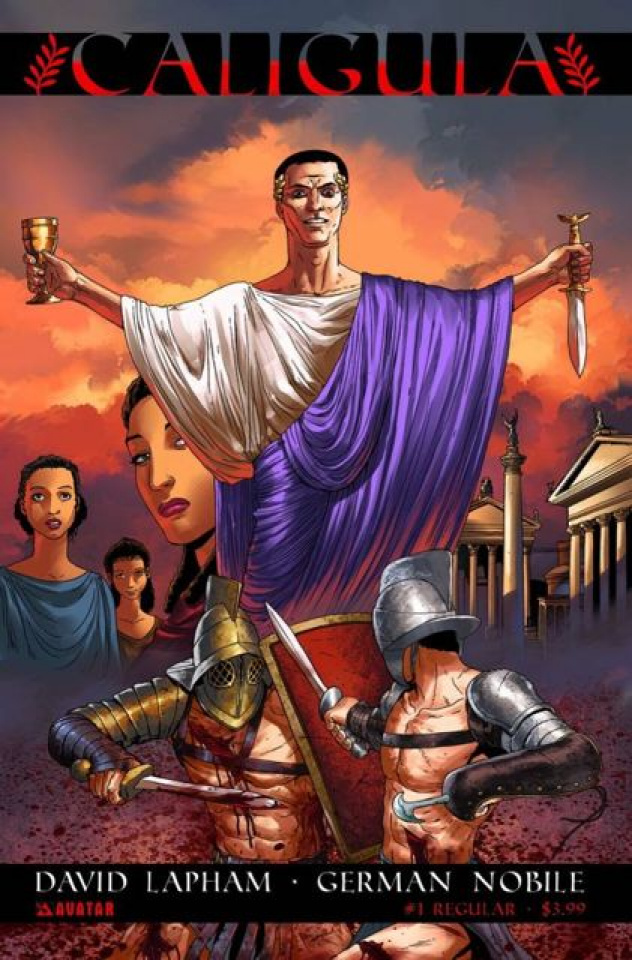