The magic has returned! But, this time...the light has grown dark. Desperate times have fallen on our heroes Malikai, Grace, and friends. The once-strong bond between them, which forged the return of magic into our world, is deteriorating following the cataclysmic battle with Rainier and his forces. However, the struggle between magic and technology still wages on, yet with Malikai, the bearer of the light, nowhere to be found--can magic survive the latest onslaught from an unwelcome world? New adversaries, exotic locations, and a fresh cast of exciting characters, including some from the Soulfire Universe's long forgotten past, reign supreme in this debut of the epic third SOULFIRE volume! Brought to you by red-hot writer J.T. Krul, with art by talented Aspen newcomer Jason Fabok, along with colorist John Starr, the latest volume of Michael Turner's thrilling fantasy-adventure SOULFIRE series begins right here! 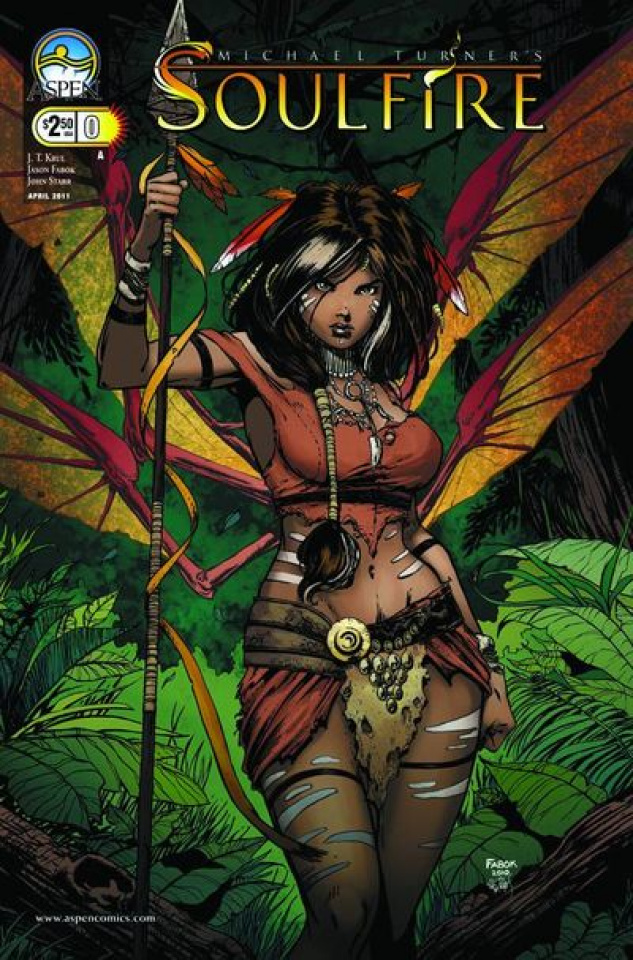