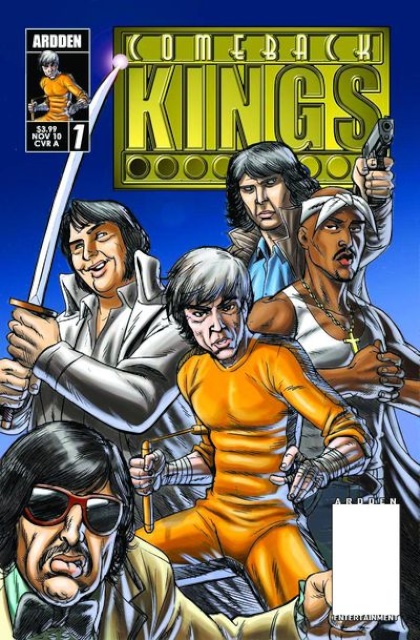 Bruce Lee. Jim Morrison. Elvis Presley. Andy Kaufman. Tupac Shakur. All controversial cultural icons who died before their time. Or did they? These legends alive and well, part of Project Resurrection, a global crime-fighting unit that's a cross between The League Of Extraordinary Gentleman and Celebrity Rehab.

They're the world's most famous dead superstars - and they're living super-spies! When a terroristic reality TV supervillain plans to extend his 15 minutes of fame by making a play for infamy via a Hollywood holocaust, the Comeback Kings must put aside their differences and reunite for an encore in order to stop him. The show must go on!