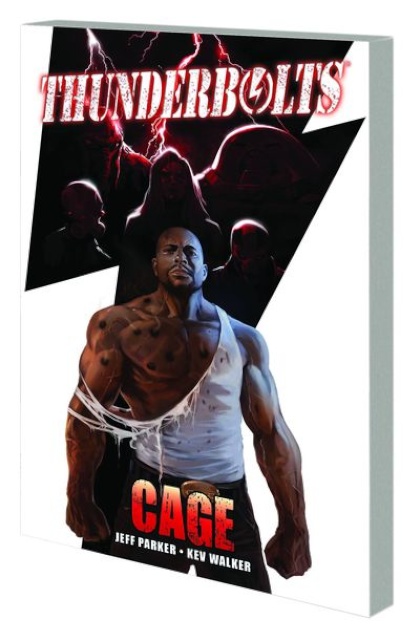 There's a new sheriff in town: Luke Cage! The Marvel Universe enters the Heroic Age - and the Thunderbolts program gets a much-needed facelift with a new setting, a new lineup and a new tough-as-nails boss man! The Avenger known as Luke Cage takes the reins of the T-Bolts, recruiting his team from the scores of incarcerated super criminals in the ultra-high-security Raft prison - but the new members are deadlier than ever, and not everyone is ready to play nice! Who on the new team has the capacity for redemption, and who will prove themselves evil to the core? Prepare yourself to go behind bars for the all-new?direction from the acclaimed team of writer Jeff Parker AGENTS OF ATLAS, HULK) and artist Kev Walker (MARVEL ZOMBIES 3 and 4)! Collecting THUNDERBOLTS #144-147 and material from ENTER THE HEROIC AGE.