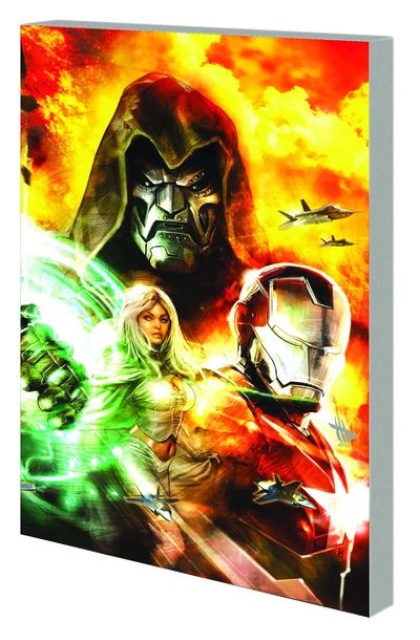 What If?: Dark Avengers

Marvel once again poses the question, 'What If...?' What if longtime Avenger Clint Barton, a.k.a. Hawkeye, had killed Norman Osborn prior to the events of Siege? What if Osborn had won the siege of Asgard? What if Wolverine had known of his son Daken's existence as a child and had taken him under his wing from his first moments? What if Spider-Man had crossed the line and killed Kraven the Hunter at the conclusion of Grim Hunt? What if Tony Stark had become Dr. Doom? And what if the Venom Symbiote possessed Deadpool? Plus: the murder of Galactus at the hands of...the WATCHER!? Stan 'The Man' Lee revists his classic 'Coming of Galactus' saga from FANTASTIC FOUR #48-50 in celebration of the historic 200th issue of What If? Collecting WHAT IF? #200, WHAT IF? DARK REIGN, WHAT IF? IRON MAN: DEMON IN AN ARMOR, WHAT IF? SPIDER-MAN and WHAT IF? WOLVERINE: FATHER - plus creator interviews, a complete WHAT IF? cover gallery and classic reprints.