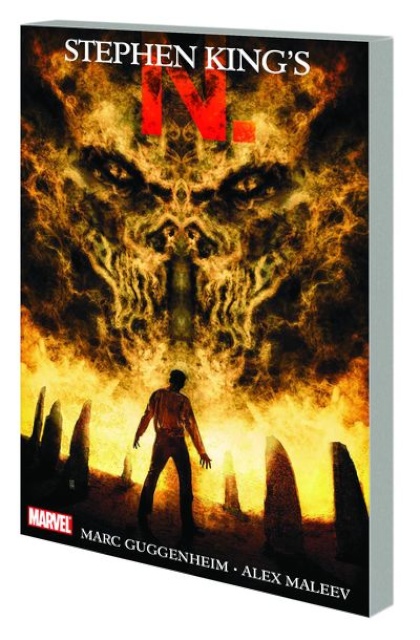 N. has a secret. It is a secret kept out in the open, in Ackerman's Field, so all eyes can see it. Though none should. Seven stones rise from the ground. Or is it eight? Your eyes say seven. The photograph says eight. Which is the liar? Or do they both tell the truth? This merits further scrutiny. Yes, more investigation. You'll want to know how many stones there really are in Ackerman's Field. It will grate on you that your eyes seem to deceive you, so you'll want to puzzle it through. Don't do it. N. has told you not to do it. But you will, anyway. And then you will know what N. knows. And it will follow you all the way home, in every dream and every waking moment. Until there's only one thing left to do! Adapted from Stephen King's chilling short story by Marc Guggenheim (AMAZING SPIDER-MAN) and Alex Maleev (DAREDEVIL) - with creative oversight by the author himself - N. is a sublime blend of horror, suspense and top-notch storytelling in the Marvel style. Collecting STEPHEN KING'S N. #1-4.