The international smash-hit Sky Doll continues in this collection of stories set in the Canepa and Barbucci's breathtaking, sexy sci-fi universe! How many lives has a SkyDoll? SKYDOLL SPACESHIP is a collection of fragments in the life of Noa, figurehead of the existential movement. Six stories in which we catch glimpses of six truly extraordinary and very different lives of the SkyDoll - from the veteran doll trying to illuminate her kind to a cowgirl in the desert trying to save a herd of imitation cows infested by milk-sucking toads to a limo driver just trying to make it through the night shift and more! SKYDOLL LACRIMA CHRISTI brings together six pieces in the lives of the two faces of the planet Papathea: the Papesses Lodovica and Agape. The former is carnal, spectacular and blood-drenched; the latter is spiritual, virginal, ethereal and inaccessible. The two sisters were selected from thousands of candidates to represent the complexity and contradictions of their religion. Collecting SKYDOLL SPACESHIP #1-2 and SKYDOLL LACRIMA CHRISTI #1-2 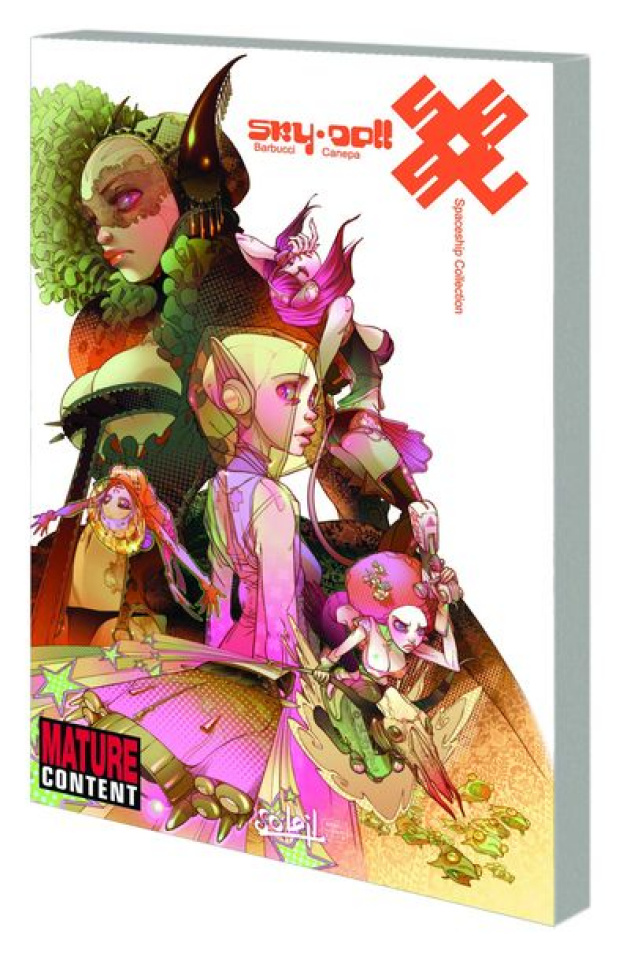