Fire in the sky! The woman known as Nova was a fire-powered herald of Galactus, devourer of worlds, until she was brutally struck down in battle. Now, with a mysterious flash in the nighttime sky, her presence is again being felt. On the case is a group of Marvel's most powerful super heroes: Emma Frost, She-Hulk, Valkyrie, Hellcat, Photon and Abigail Brand, agent of extraterrestrial watchdog organization S.W.O.R.D. In the wake of the flash, the six women must work together to clean up the mess caused by a mass breakout at a storage facility belonging to S.W.O.R.D. Also affected by the event is a waitress named Frances Hyatt, found by the heroines in a catatonic state after going inexplicably berserk. As the flash's impact continues to be felt, can Emma Frost, She-Hulk, Hellcat and the others uncover its connection to Nova? Collecting HERALDS #1-5. 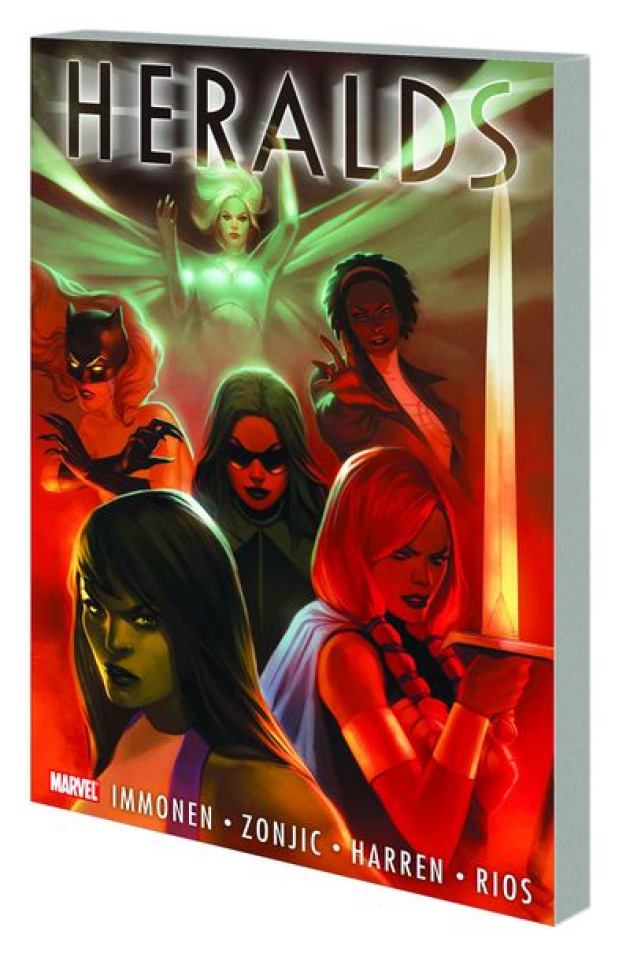