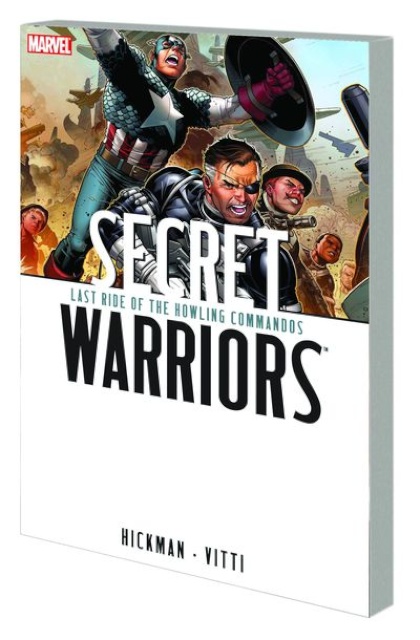 A shadow war has broken out between Hydra and Leviathan, leaving a trail of death and destruction in its wake, and it's up to Nick Fury to put the pieces together and take them out. Fury has assembled three teams of shock troops: the Black, led by former S.H.I.E.L.D. agent Alexander Pierce, tasked with destroying Hydra; the White, Daisy Johnson's Secret Warriors, under his direct command; and the Grey, led by his son Mikel, dedicated to taking out Leviathan. But there's another team ready to report for duty, and it's a collection of soldiers from an age of unmatched heroism: the Howling Commandos! Assembled for a reunion with Captain America at their side, the Howlers remember their fallen comrades and plan for their next big battle - a fight that will get them in all kinds of trouble with the world's governing elite. But what else is new for Nick Fury? Collecting SECRET WARRIORS #17-19 and SIEGE: SECRET WARRIORS.