It's the Merc with a Mouth in a pulp caper filled with lies, spies and shapely thighs - courtesy of Mike Benson and Adam Glass (DEADPOOL: SUICIDE KINGS, LUKE CAGE NOIR) and Laurence Campbell (PUNISHER)! Wade Wilson. Codename: Deadpool. He's the CIA's deadliest agent. He's also certifiably insane, suffering from Multiple Personality Disorder and haunted by the ghosts of his past. In other words, he's the perfect soldier in a Cold War where it's impossible to tell friend from foe and reality from a lie. Wilson is also the only one capable of hunting down a rogue CIA agent and recovering the stolen nuclear suitcase she's carrying before she hands it over to America's enemies. But who is this femme fatale, and why has she turned traitor? And is Deadpool crazy enough to survive, or will he become trapped in a web of international intrigue? Collecting DEADPOOL PULP #1-4. 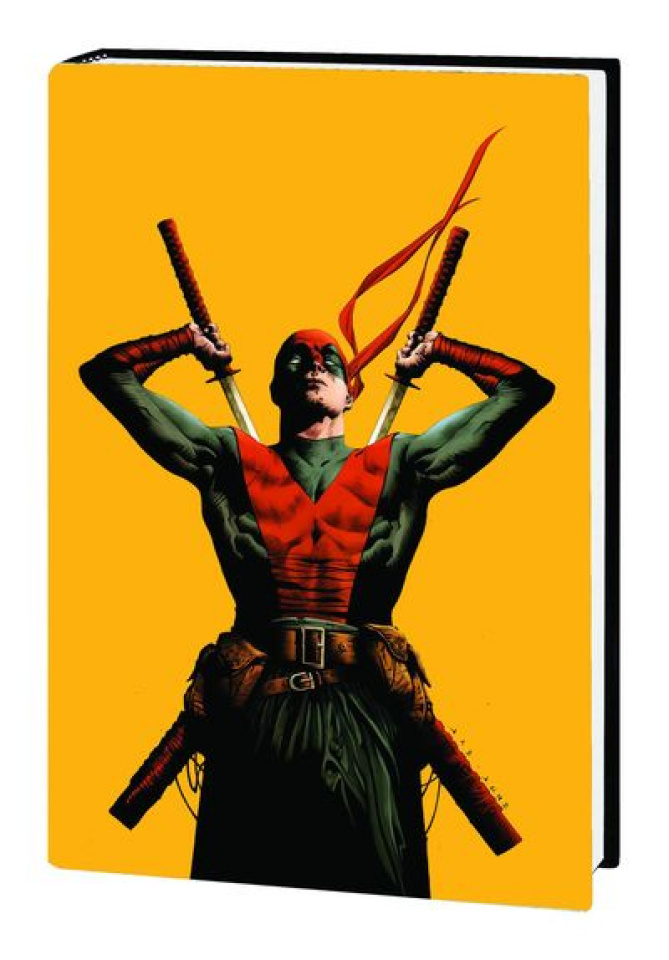