SO MUCH VIOLENCE. SO...SO MUCH VIOLENCE. Zephyr and Kubark make a daring raid on E.M.P.I.R.E. H.Q. and pretty much kill everything that gets in front of them. Like half the cast dies. But but but! But what if all the shocking mayhem was just a blood-spatterd smoke-screen? BECAUSE IT IS. And the stunning revelation behind all the death and brutality will put the fate of time-lost Casanova Quinn in the hands of his evil twin Zephyr. See it, believe it, and hold on for the conclusion next month...by Matt and Fabio, Cris and Dharb. 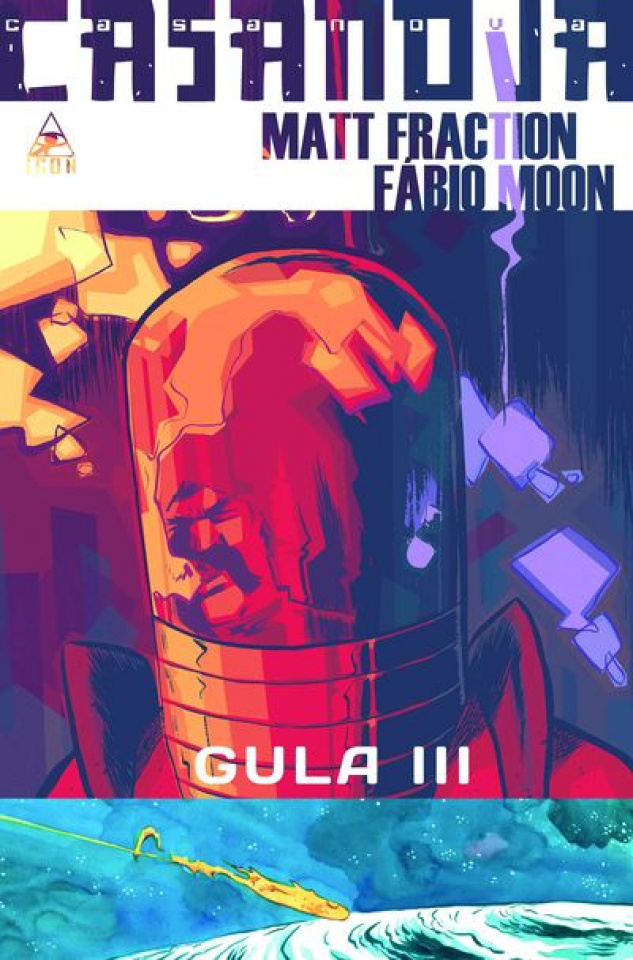