Punisher: In the Blood #5

No more cat and mouse, no more games, no more Machiavellian manipulations, this is it, face to face, the unavoidable brutal showdown: The Punisher versus The Jigsaw Brothers! They've twisted the knife that The Hood left buried in Frank's gut. They've dismantled his only friendship. They've killed innocent people in their pursuit of revenge. Now, they're locked in a room with The Punisher, and they're about to get everything they worked so hard for. Then some. This is it, the shocking conclusion to writer Rick Remender's (Uncanny X-Force) Punisher saga, brutally illustrated by superstar Roland Boschi (Ghost Rider). 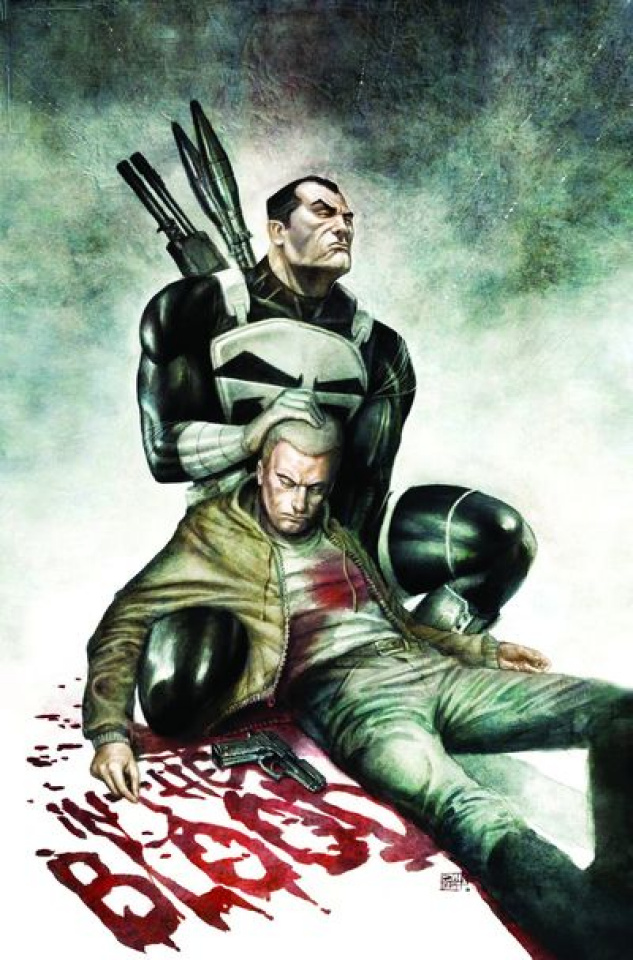