The Official Index to the Marvel Universe #11: Avengers, Thor and Captain America

Return with us to the Silver and Golden Ages as the chronicle of the Marvel Universe continues its coverage of the Avengers (from AVENGERS #373), Thor (from 1998's THOR #1), and Captain America (from both CAPTAIN AMERICA #417 and 1944's CAPTAIN AMERICA COMICS #35). Watch the Marvel universe's history unfold month by month as we provide synopses for dozens of individual comics, including back-up strips - introducing the characters, teams, places and equipment that appeared within with vital information about first appearances, where they last showed up and where they appeared next! 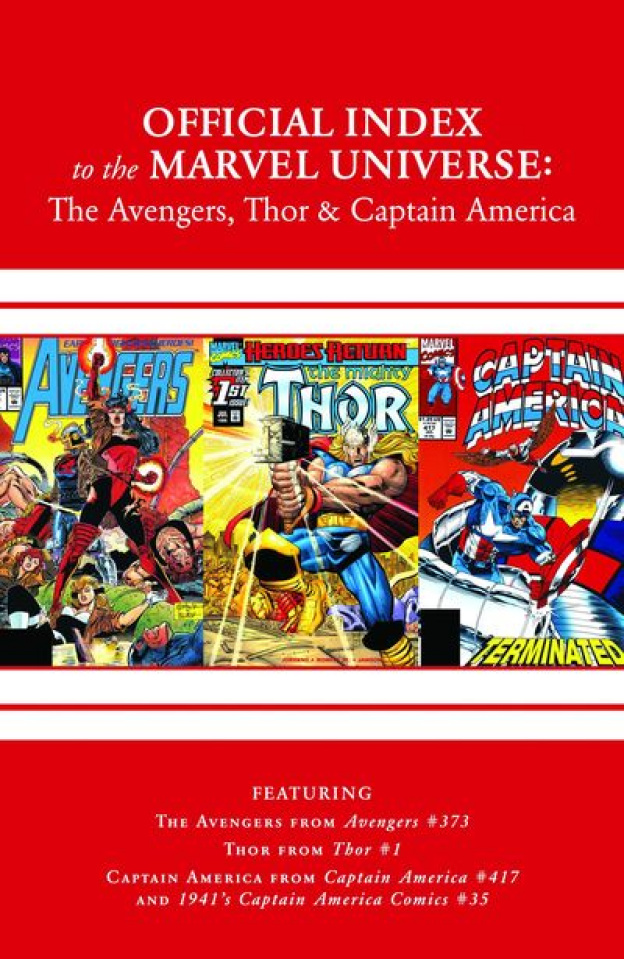