'Young Avengers' co-creator Allan Heinberg and legendary artist Alan Davis (Avengers Prime) team up to create an epic stand-alone tale that's the perfect jumping-on point for new readers and introduces the Marvel Universe to an all-new team of Avengers. As a result of the Young Avengers' crusade to find the Scarlet Witch, Patriot has become Captain America, Hulkling has become Captain Marvel, and Iron Lad has become the Avengers' new leader, Kang the Conqueror. But the future of these new Avengers is deeply rooted in the untold story of the Young Avengers very first adventure -- before the events of 'Young Avengers #1.' The past and the future collide - and the secrets of the Children's Crusade are revealed - in 'Avengers: The Children's Crusade - Young Avengers #1.' 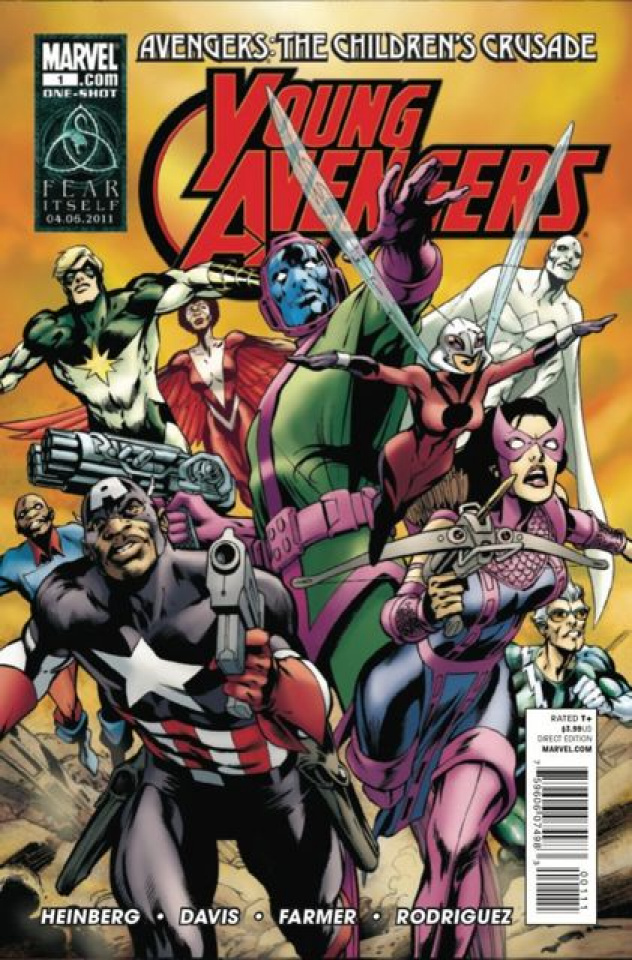