Dorothy and Toto. The Scarecrow, the Cowardly Lion and the Tin Woodman. The Wicked Witch of the West, the Good Witch of the North. And, yes, the Wonderful Wizard of Oz. These are the characters the world has known and loved for more than a century - through writer L. Frank Baum's original novels, the classic 1939 MGM film starring Judy Garland and now the Eisner Award-winning Marvel Comics adaptations by Eric Shanower and Skottie Young. But what of the plucky Tip; his best friend, Jack Pumpkinhead; and Sawhorse, the Woggle-Bug and Jinjur? Just how evil are the Jackdaws? What are the secrets of the Wishing Pills? And who is Tik-Tok, the clockwork man, and how will he help Dorothy and her loyal friends defeat the evil princess Langwidere of the thirty disembodied heads? The Marvelous Land of Oz holds countless secrets, and the Oz Primer will give eager readers a glimpse of the bountiful width and breadth of it. Feature interviews with writer Shanower (Age of Bronze) and artist Young (NEW WARRIORS) will be balanced with an appreciation of Baum and his amazing coterie of characters - an indispensible resource for fantasy lovers young and old! 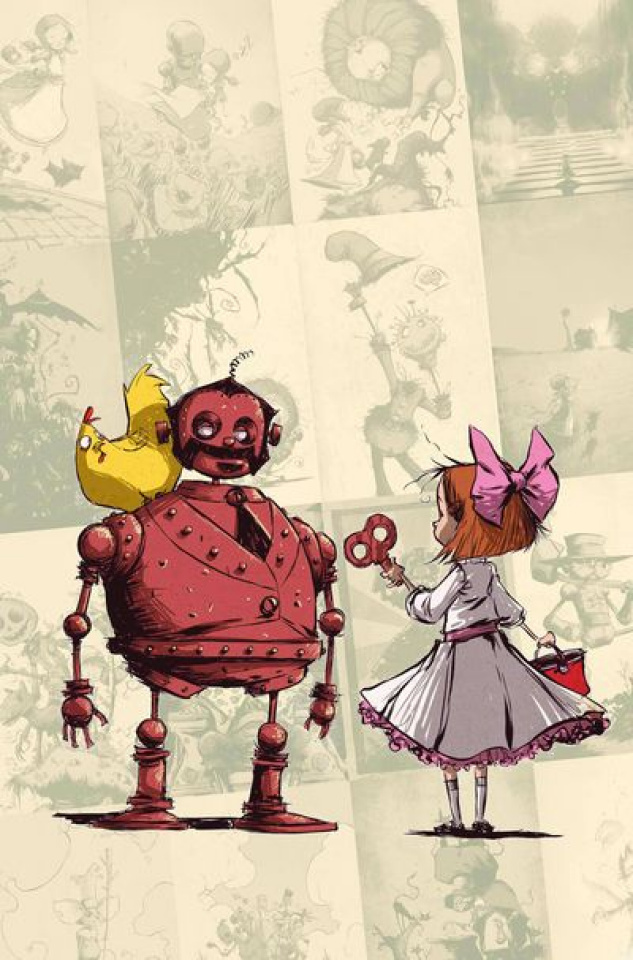