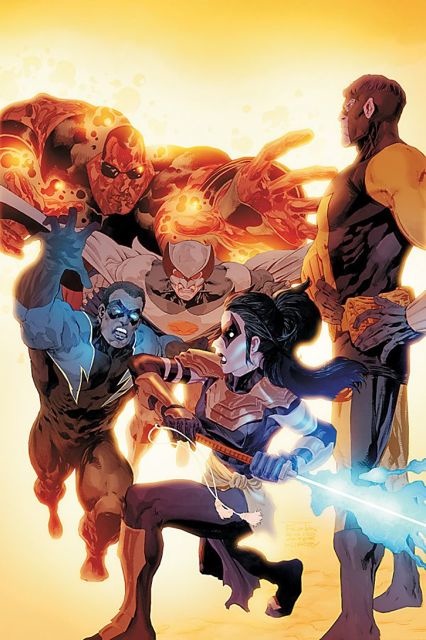 For the last year, tensions have been building between the two Outsiders teams - now it's all-out war! It's Outsider vs. Outsider as Geo-Force is finally pushed to the edge when he learns Black Lightning and his team have invaded Markovia in an attempt to overthrow Geo-Force's rule. It's a battle royal that not even Batman may be able to stop!