In a land and time no longer their own, Indian warriors Turok and Andar struggle to find a way out of the lost valley, fighting for survival against a never-ending assortment of prehistoric monsters and primitive men. Witness fierce battles with epic stakes as the two braves encounter fire-breathing dinosaurs, giant man-eating plants, and more!

This volume collects issues #44-#50 of Turok, Son of Stone from the Gold Key Comics run (1965-1966). These thrilling adventures are presented here for the first time anywhere since the 1960s! 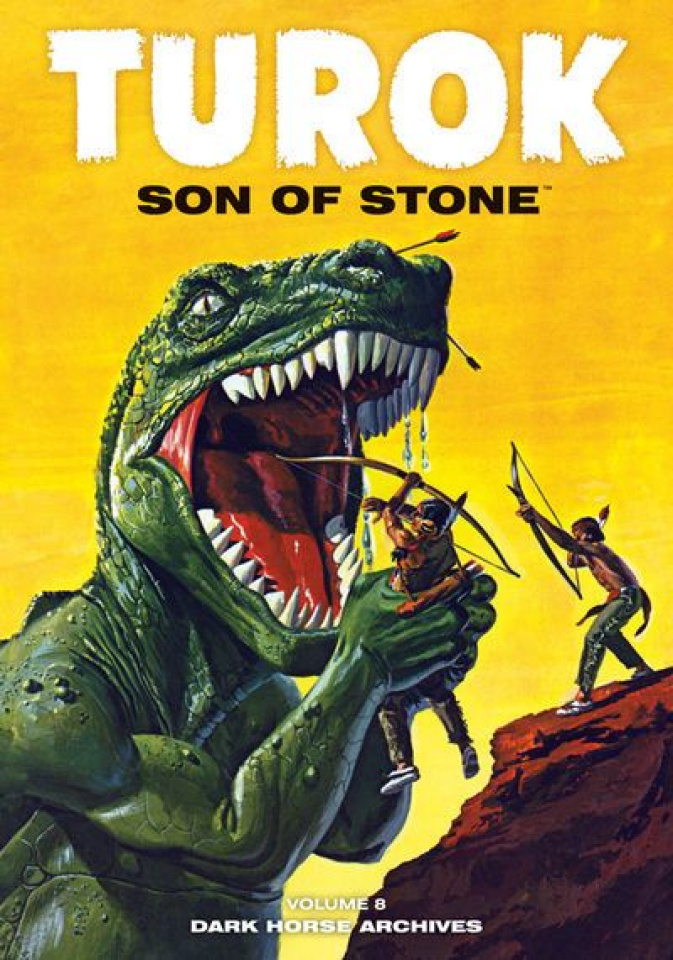