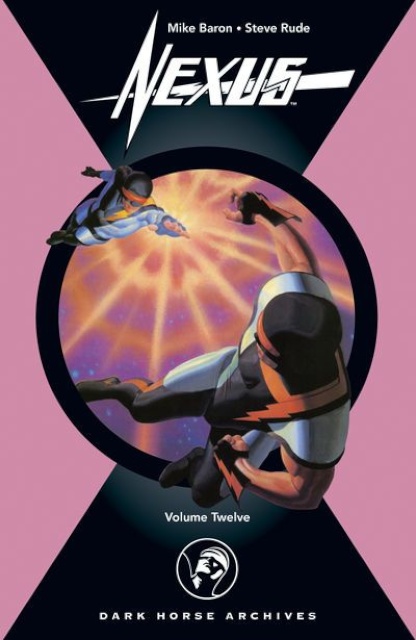 Praise be to Elvon, it's the final volume of Nexus issues from First Comics! This collection features game-changing story developments and issue #75, which brings readers the long-awaited showdown between Horatio and Stan. Only one of these two fusionkasters claiming the Nexus mantle will walk away from this slugfest in space, and the fate of neighboring planet Mars hangs in the balance! Collects Nexus Vol. II #74-#80, originally published by First Comics.