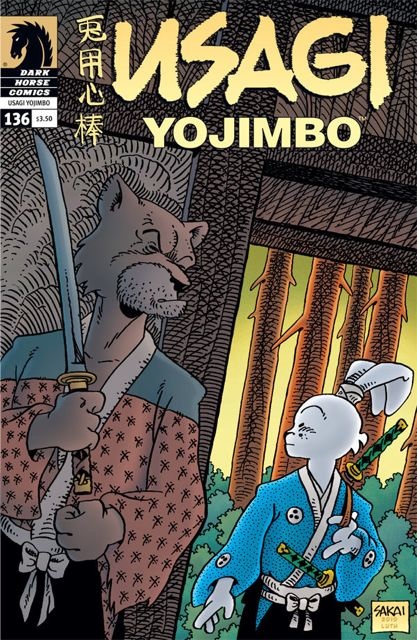 The honorable rabbit ronin Usagi is accused of being a member of the Red Scorpion Gang--the same greedy, bloodthirsty miscreants that have been terrorizing the countryside! To celebrate Dark Horse's twenty-fifth anniversary, Stan Sakai created an outstanding variant cover for this issue. There's a reason Usagi Yojimbo is one of Dark Horse's longest running and most critically acclaimed titles: Stan's swashbuckling stories of heroism and honor never fail to charm and entertain readers of all ages!

* Don't miss the beginning of this three-part story line!

* One of twelve twenty-fifth anniversary covers. Collect them all!