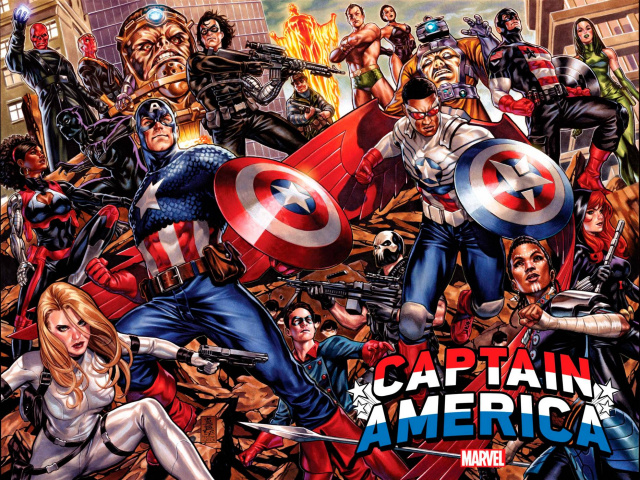 When Arnim Zola launches a catastrophic attack on New York City, he meets his match - in Sam Wilson and Steve Rogers! In the explosive battle that follows, two Captain Americas prove better than one, and Sam and Steve decide they might just keep a good thing going...