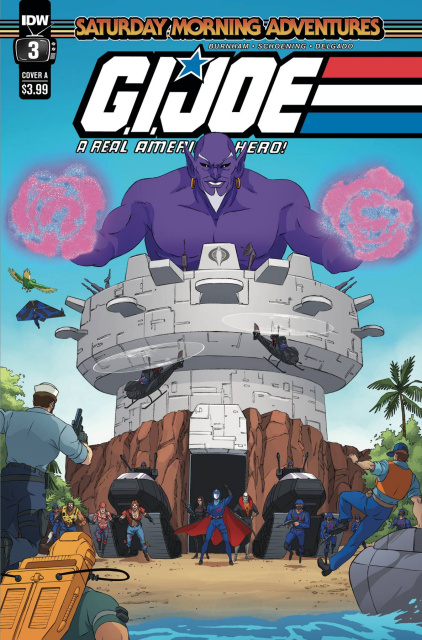 G.I. Joe has tracked down Cobra's new island base-and is making plans to invade! The Joes are determined to rescue Duke and regain everything that Cobra stole during their recent attacks in France, Japan, and the United States. Meanwhile, Cobra Commander's temper leads to a misuse of his new source of power, one that might just expedite a showdown between his ruthless organization and America's elite special mission force!

Join us for the penultimate chapter of this four-part storyline, "A Little Island Getaway!"