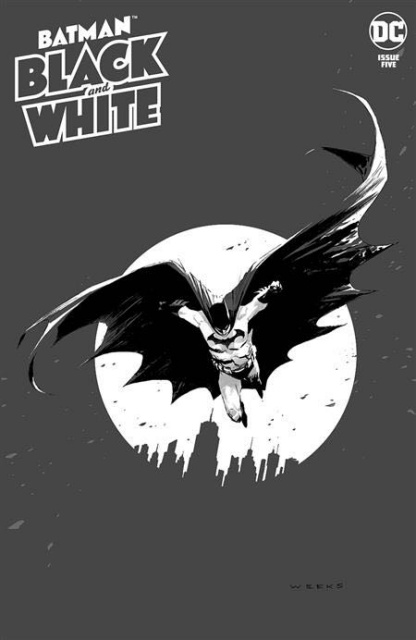 The penultimate issue of the acclaimed return to Batman Black & White is here with a look at some of Gotham City's most twisted and compelling souls. Superstar Batman artist Jorge Jimenez writes and illustrates a story starring Bruce and Damian Wayne as they try to prepare for a sting operation as Batman and Robin, with Damian questioning Bruce's methods every step of the way. Multiple Eisner Award-winning writer of Detective Comics Mariko Tamaki and fanfavorite artist Emanuela Luppachino show what's become of Gilda Dent, former bride of Two-Face and current scourge of supervillains. Jamal Campbell, acclaimed co-creator of Naomi and Green Lantern Jo Mullein from Far Sector, tells a story that spans the full history of Nightwing. Kieron Gillen and Jamie McKelvie, the celebrated team behind Phonogram, Young Avengers, and The Wicked + the Devine, make their DC debut with a story that pits Batman against the Riddler in a way you've never seen before! And finally, legendary comics artist Lee Weeks writes and draws a story that has the ghosts of Jim Gordon's past coming back to haunt him!