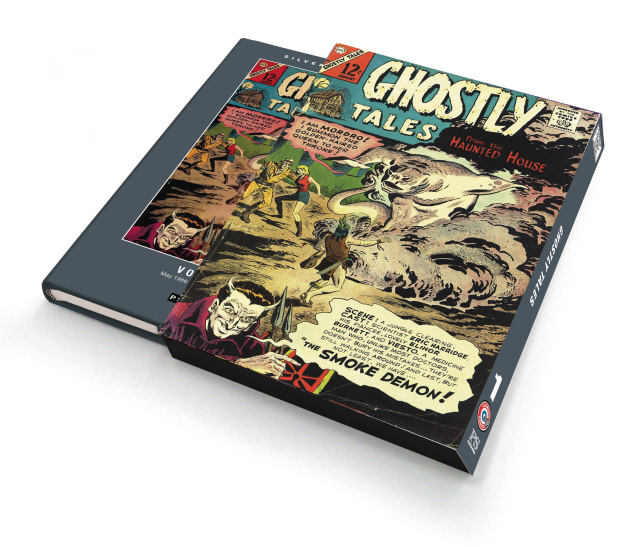 Hosting this PS Artbooks volume of GHOSTLY TALES is Mr. L. Dedd (later changed to I. M. Dedd), a middle-aged gentleman with purplish skin and horns who dressed like a vampire.

Mr. Dedd spun his "ghostly tales" from the parlour of his "haunted house".

Ghostly Tales was part of a wave of new horror and suspense comics published by Charlton during this period. It debuted with issue #55, taking over the numbering of Blue Beetle (which itself had continued the numbering of Unusual Tales). Over the course of its 18-year run, Ghostly Tales was edited by Pat Masulli, Sal Gentile, and George Wildman. With a stellar line-up of regular contributors to the book including Rocco Mastroserio, Steve Ditko, Ernie Bache, Charles Nicholas, Dick Giordano, Pat Boyette, Bill Ely and Rudy Palais.