Avengers: A Traitor Stalks Within Us (Epic Collection)

Barry Windsor-Smith joins Roy Thomas for a three-part super-saga that assembles every Avenger from issue #1 to #100 against the combined threat of Ares and the Enchantress! Then, Steve Englehart takes the reins and begins his iconic tenure writing Earth's Mightiest Heroes with an excursion to the Savage Land, the return of the Black Panther, and the traitorous master plan of the Grim Reaper and the Space Phantom! Hawkeye quits the team just as Magneto arrives to battle the combined forces of the Avengers, the X-Men and Daredevil, Mantis makes her stunning first appearance, romance blooms between the Vision and Scarlet Witch, the Black Widow returns, and the Swordsman joins the Avengers' ranks! 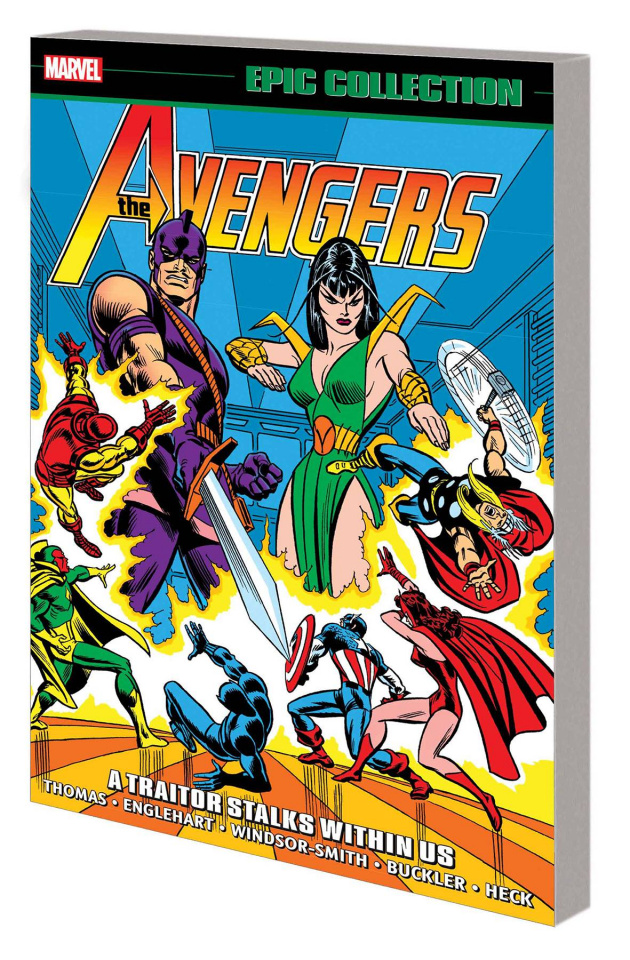