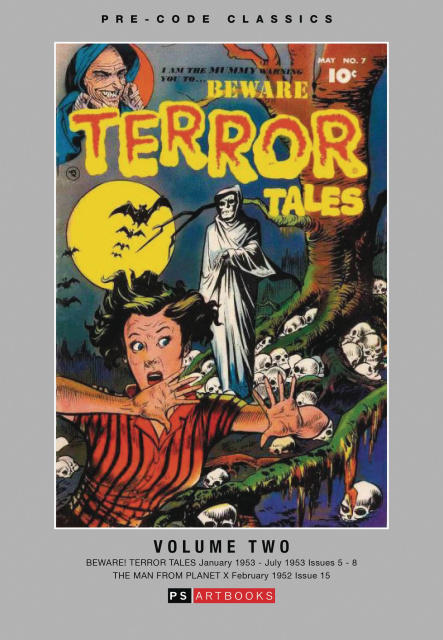 Here's a bumper gathering from Fawcett, fellow spooksters - Beware ! Terror Tales issues 5 through 8 (January to July 1953) and the far-out bonus The Man From Planet X #15 (February 1952). This title was one of the best and most unsettling comics from what is considered by many to be the true Golden Age (Pre-Code) of horror! An anthology comic featuring horror stories, hosted by The Mummy and with contributors including Bernard Baily, Sheldon Moldoff, Maurice Gutwirth, Bob McCarty, Harry Harrison, Bob Powell, Anthony Cataldo, Bill Discount, and Kurt Schaffanberger.