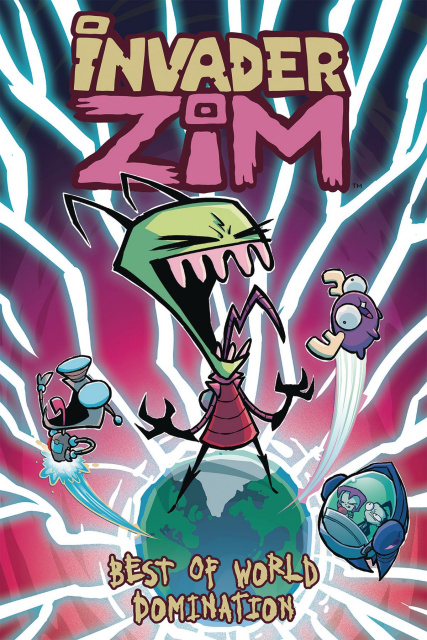 That's the goal for ZIM, the Irken invader stationed on Earth. But even an Irken as talented, beloved, and humble as ZIM occasionally has trouble getting his plans off the ground. It's those stupid humans. And especially the stupidest human of all, Dib. Explore four hysterical stories of ZIM's greatest plots to take over the world. Whether he's disguising himself as a hot new artiste, making double-crossing deals with pants aliens, or getting too distracted by TV to unleash his greatest and most terrifying creation, ZIM always has a plan. And it's definitely not his fault if it goes wrong.