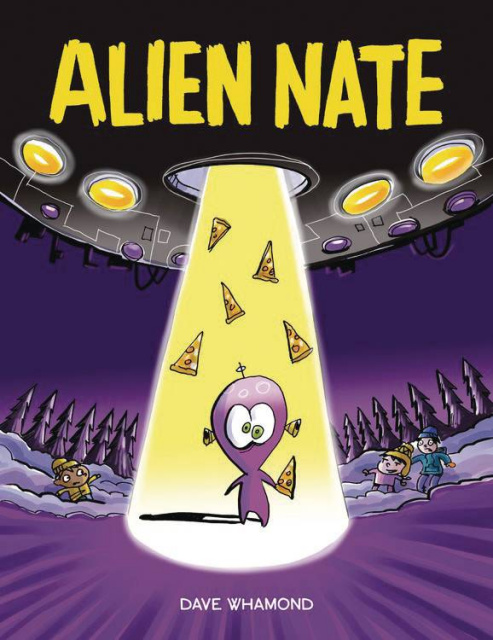 Nate's on a mission to Earth from the planet Vega. His goal: eat pizza! Luckily, soon after he crash-lands on Earth he meets Fazel, who helps him create a disguise, learn the ways of Earthlings and, most importantly, stuff himself with pizza! Nate quickly discovers there are lots of things to love about Earth and Earthlings besides pizza. He's having a blast! There's only one problem. Two Men in Beige (government agents) are desperate to capture him and bring him to their lab - and they're starting to close in. Will Fazel and Nate manage to elude the Men in Beige while they find fuel for Nate's spacecraft so he can head home? And will Nate have had his fill of pizza by then?