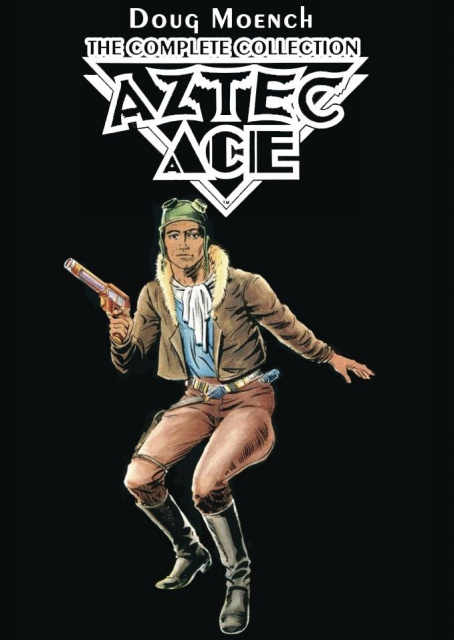 Originally published by Eclipse Comics in 1984, the fifteen issue run of Aztec Ace is collected for the first time! Aztec Ace is an action-packed, intellectual, time-travel comic book adventure, which stars Caza (AKA Ace) traveling between the Aztec Empire and his home in the 23rd century. Ace, along with his pupil Bridget Chronopolis, and his navigator Head (the floating disembodied head of Sigmund Freud), struggles to save his own dimension from time paradoxes created by his enemy, the mysterious Nine-Crocodile.