When Stars Are Scattered

Omar and his little brother, Hassan, arrived in Dadaab, a refugee camp in Kenya, seven years ago. Their father was killed the day they left home, and they haven't seen their mother since they joined their neighbors who were fleeing to Dadaab. Now Omar is eleven and Hassan is nine, and Omar has quit school to look after his brother, who has an intellectual disability. When Omar is given the opportunity to return to school and carve out a future for himself and Hassan, he feels torn. He loves school and could have the opportunity to earn a coveted scholarship to a North American university-and with it a visa for himself and Hassan. But is it worth the risk and heartache of leaving his vulnerable brother for hours each day? 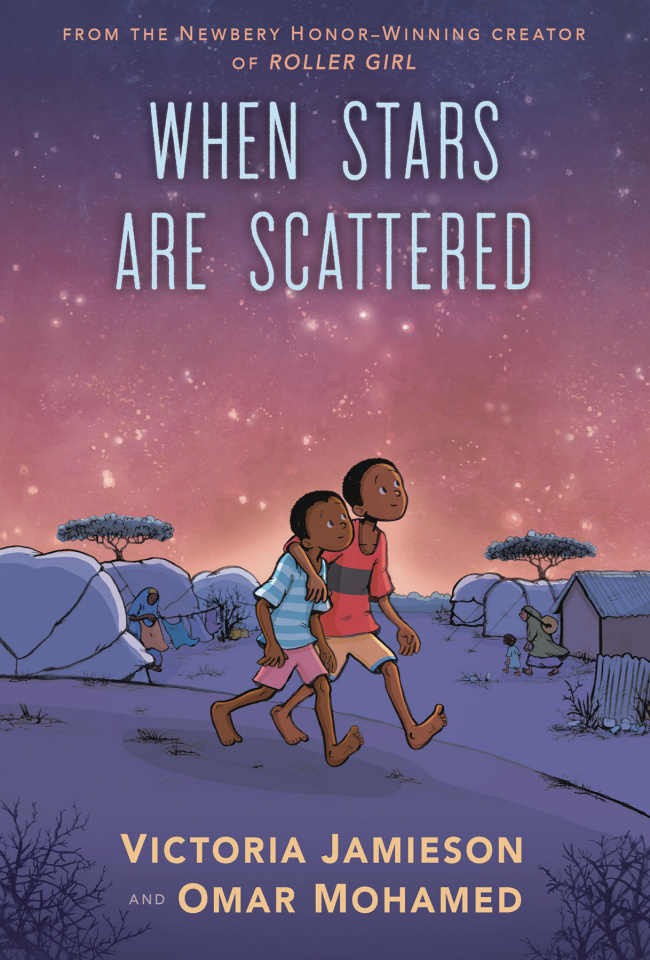