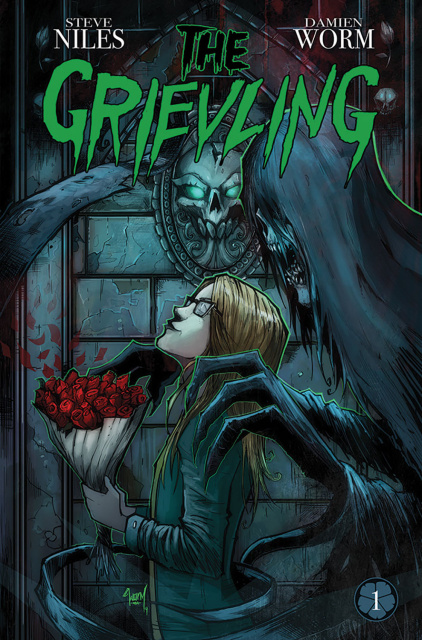 From the creative team who brought you October Faction (soon to be a Netflix TV show), comes The Grievling. Steve Niles and Damien Worm reunite to tell an all-new tale of supernatural revenge as Lily Baxter returns from the grave after she's killed by a gang of teenagers on Halloween night. But she's no longer just a teenage girl struggling to fit in, now she has the powers of The Grievling, and when she figures out how they work, the people who've done her wrong may live to regret it.