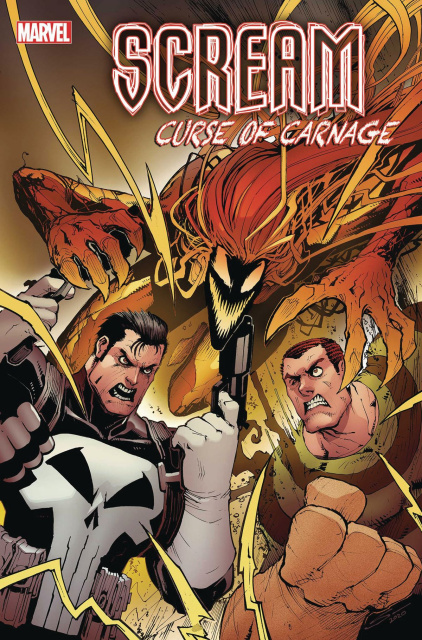 With Eddie Brock still missing, Andi Benton and SCREAM are the only symbiotic heroes in New York - and have managed to get themselves caught in the middle of a brutal conflict involving some of the city's deadliest vigilantes thanks to writer CLAY McLEOD CHAPMAN, joined by symbiote superstar GERARDO SANDOVAL! But as the heroes and villains of the Marvel Universe have their same familiar squabbles, Andi - and Andi alone - sees something else: a familiar evil from ABSOLUTE CARNAGE rearing her ugly head at the periphery of New York and targeting the city's most vulnerable. And while the looming threat of symbiote dragons may be sated, Andi still hasn't quite processed her otherworldly visions of spirals and a king draped in armor...