"Hope Springs Eternal," a 16-page story written by Jimmy Palmiotti and Amanda Conner with art by Daniel Sampere and Juan Albarran Wonder Woman visits an old friend on her last day, but afterward, Diana's day turns into a nightmare. Meanwhile, the Penguin gathers a group of villains to enact a new plan against their heroic enemies!

"Gundra the Great," an 8-page story written by Jeff Parker with art by Aneke Wonder Woman responds to a distress call in a tiny village and discovers a displaced Valkyrie from Asgard, but is she friend...or foe? 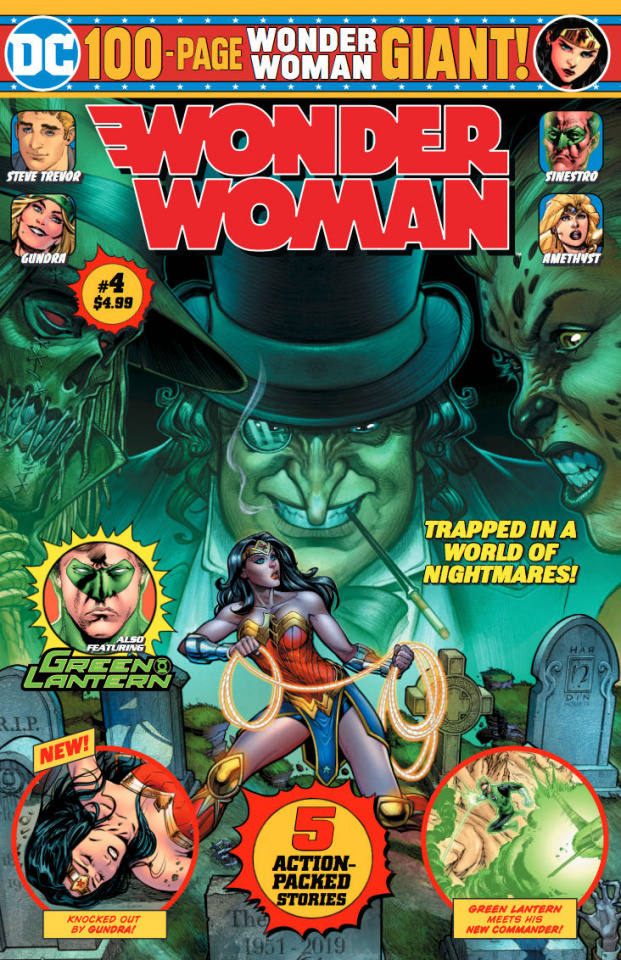