BOOM! Studios presents the the first of three Big Trouble in Little China Legacy Editions! Collecting the previously released Big Trouble in Little China comic for the first time under one cover in an all-new value priced format that no fan can afford to miss. Jack Burton, a macho, truck-driving adventurer, finds a stowaway demon hiding on his rig, The Pork Chop Express, but that soon becomes the least of his troubles. He helped his best friend Wang save his fiancee from the clutches of an ancient sorcerer, but now the wedding has been invaded by more evil forces with one thing on their minds.revenge against Jack Burton! Director John Carpenter returns with Eric Powell ( The Goon ) and artist Brian Churilla ( Secret History Of D.B. Cooper ) in the continuing adventures of Jack Burton, taking place mere moments after the ending to the cult-classic. Collects Big Trouble in Little China #1-12

"Big Trouble in Little China is a fantastic foray back into the wacky underworld of the original film and a comic well worth your time." -Nerdist 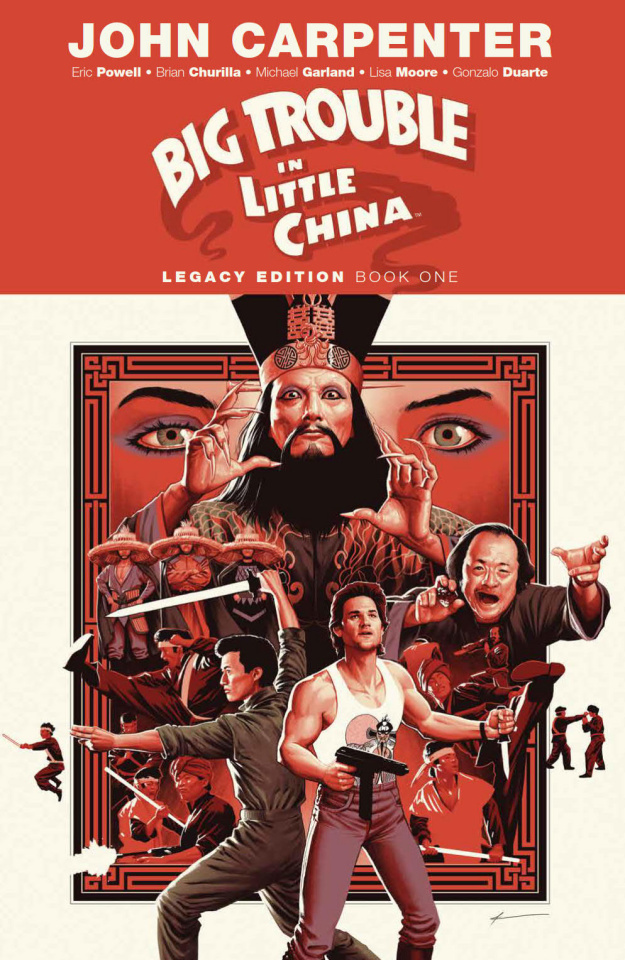 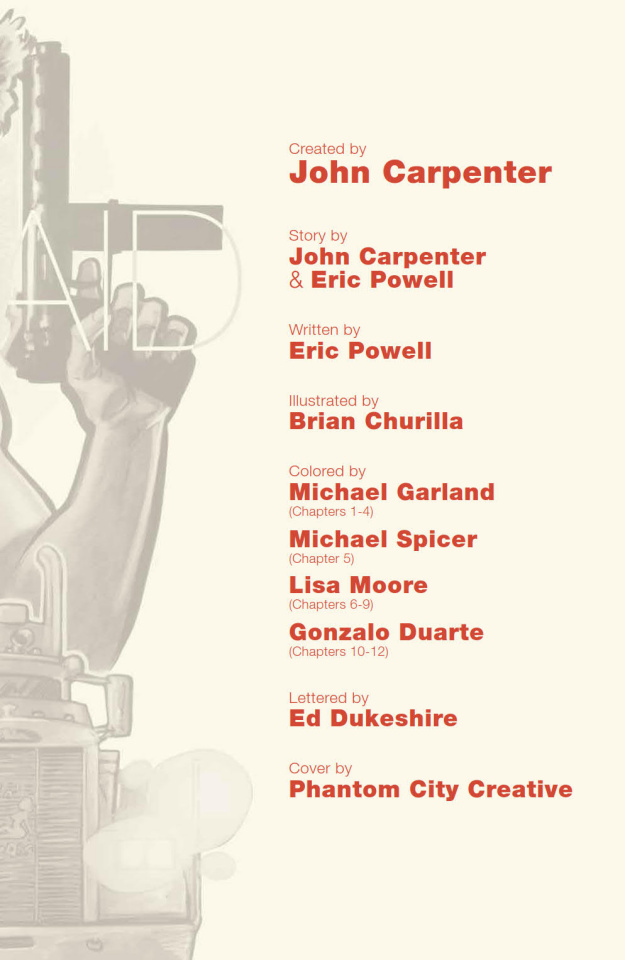 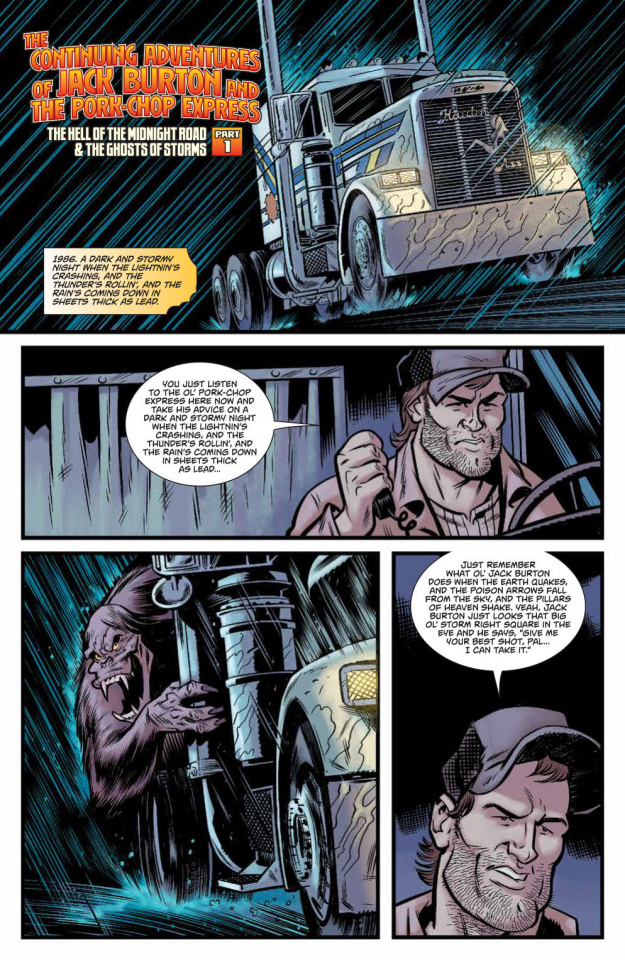 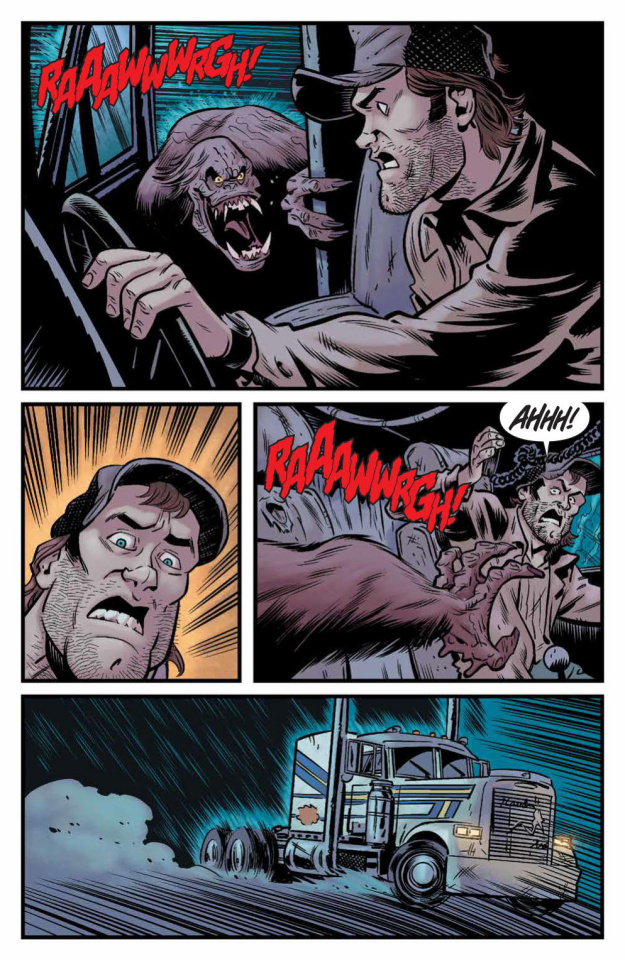 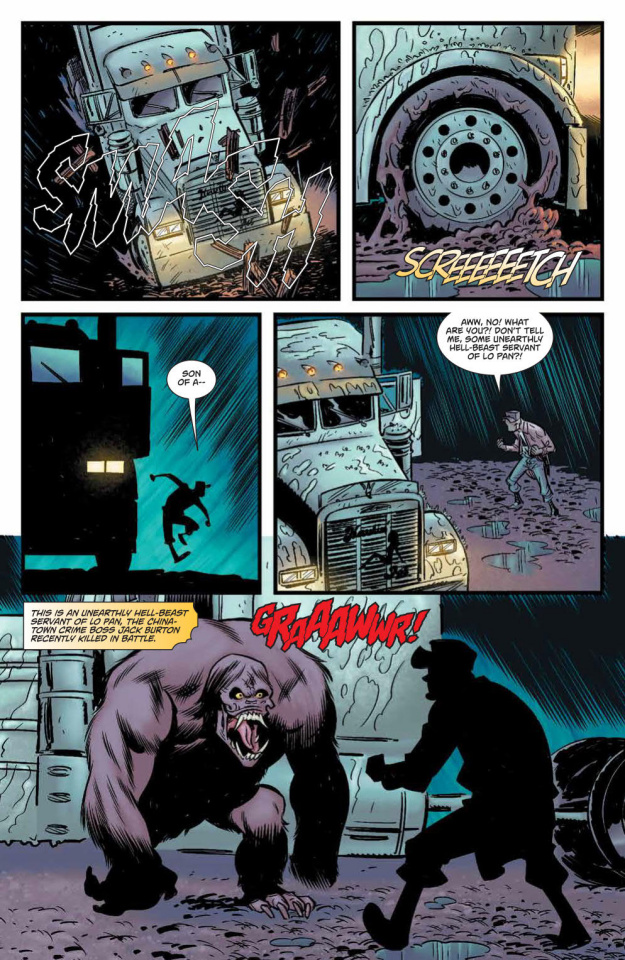 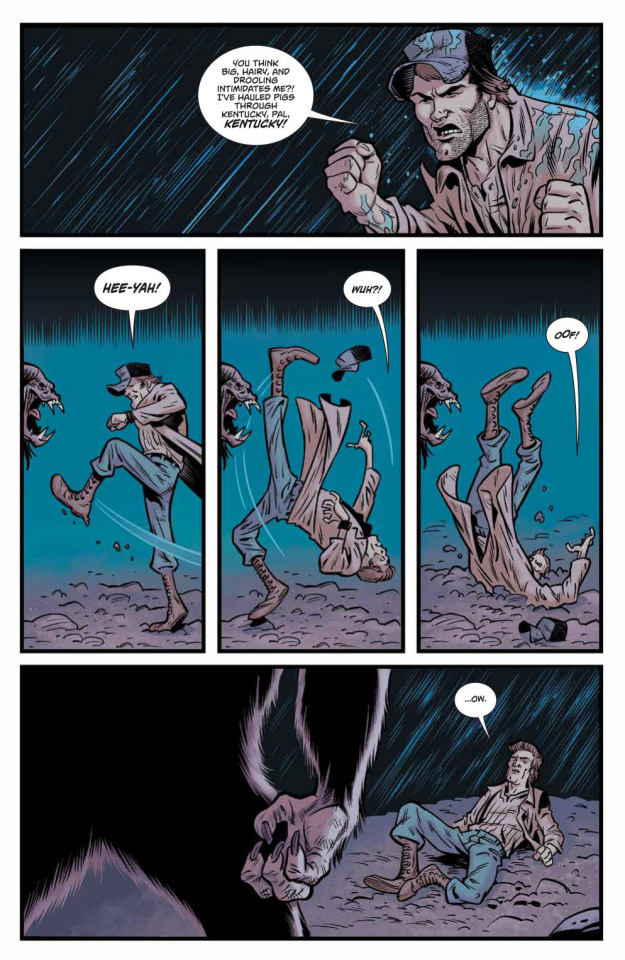 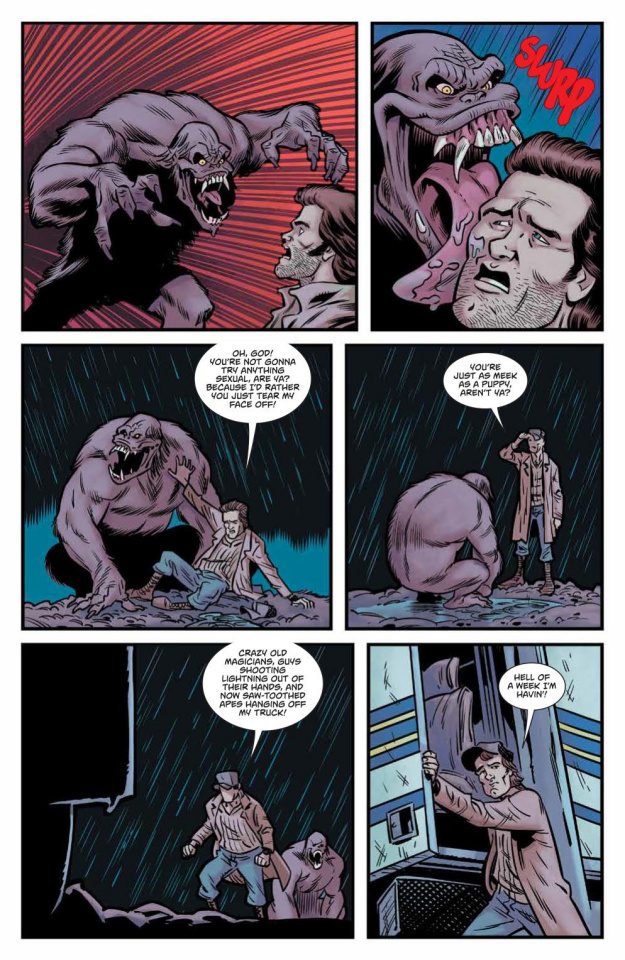 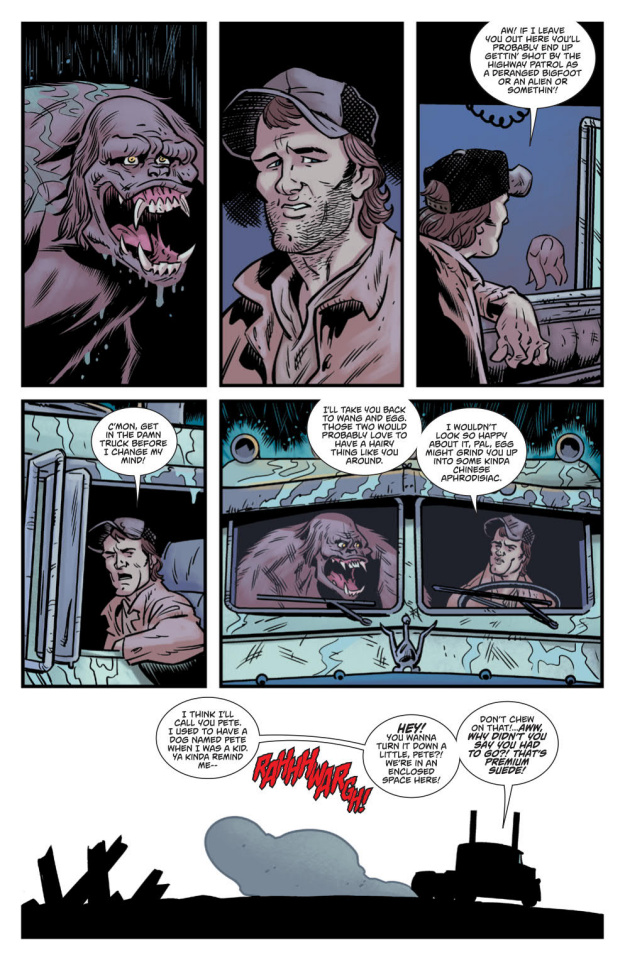 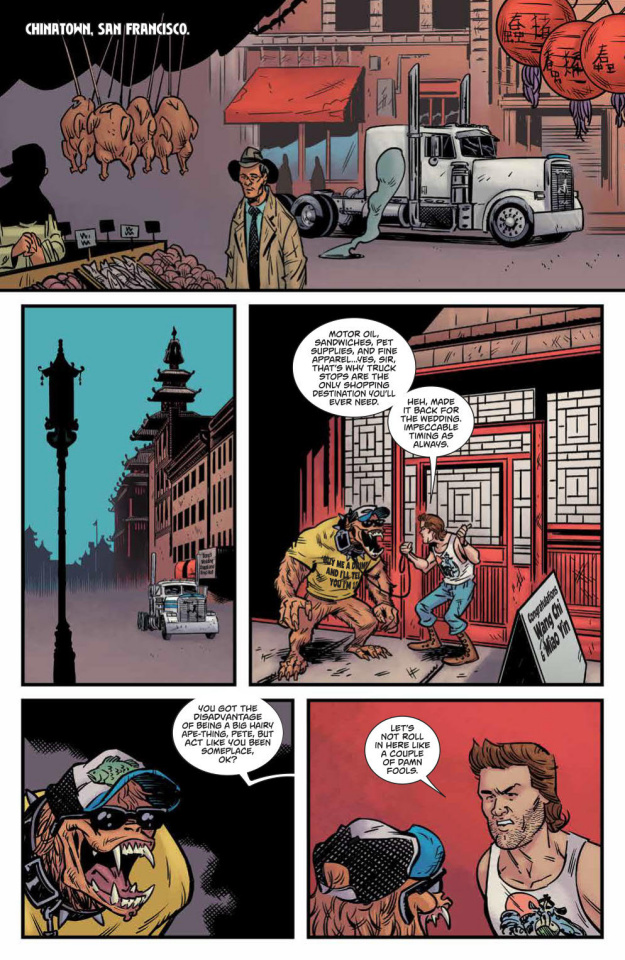 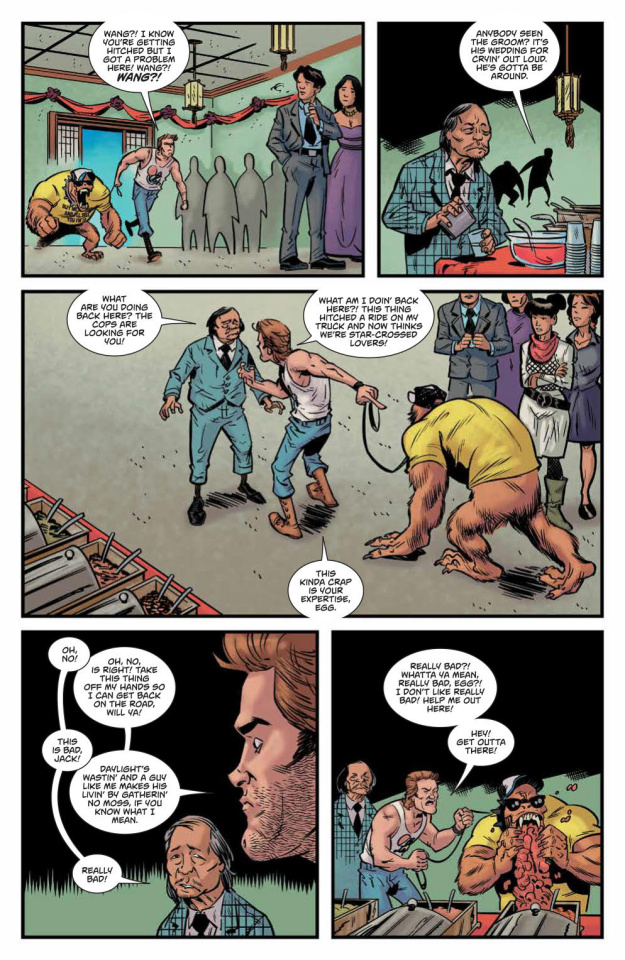 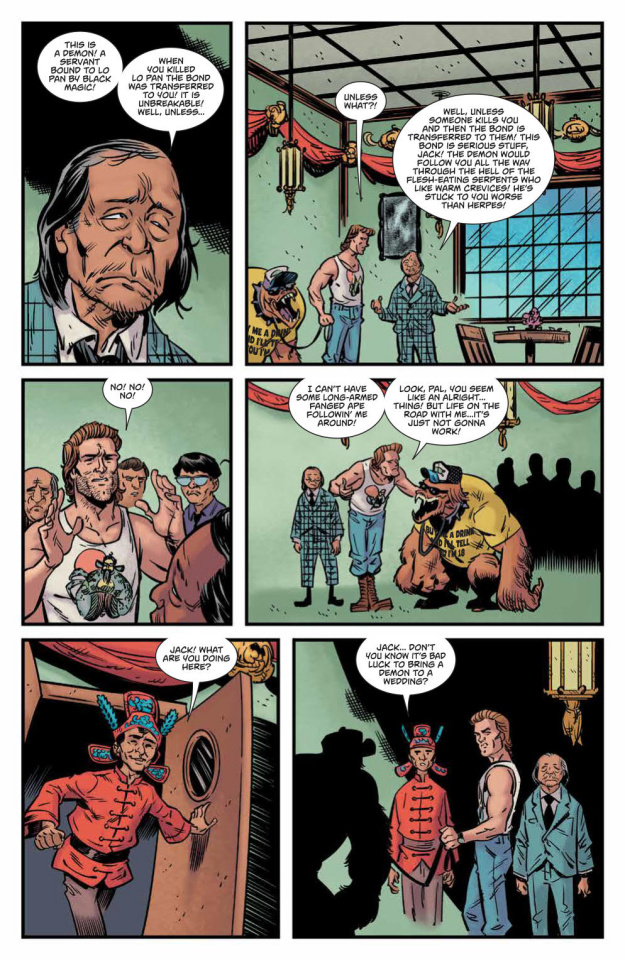 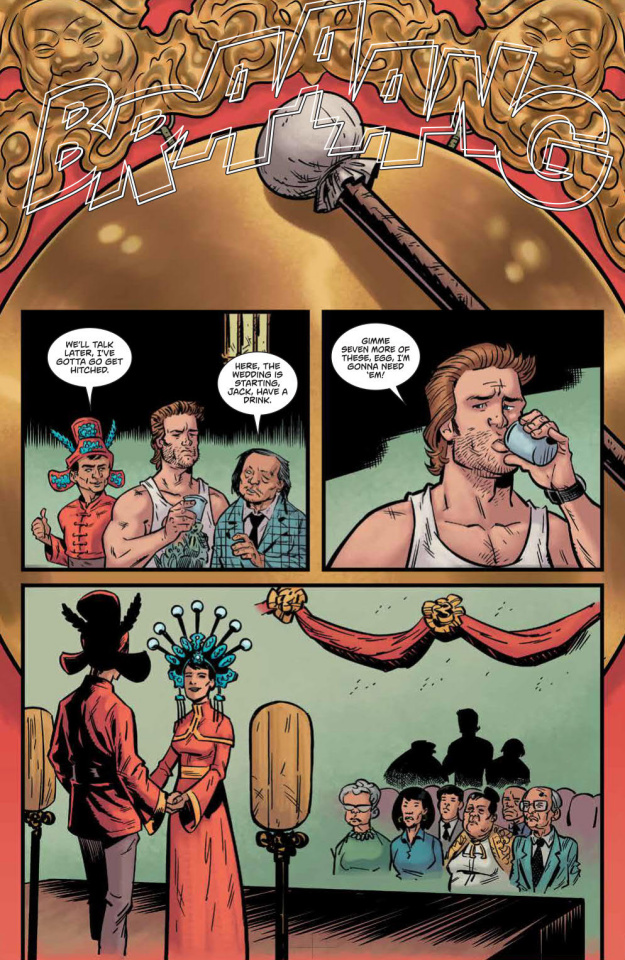 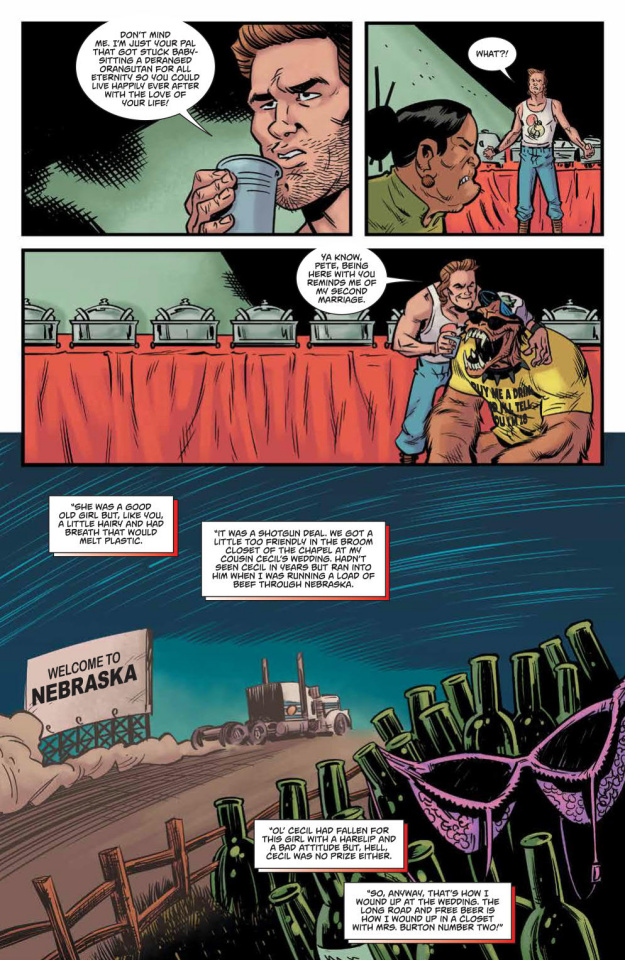 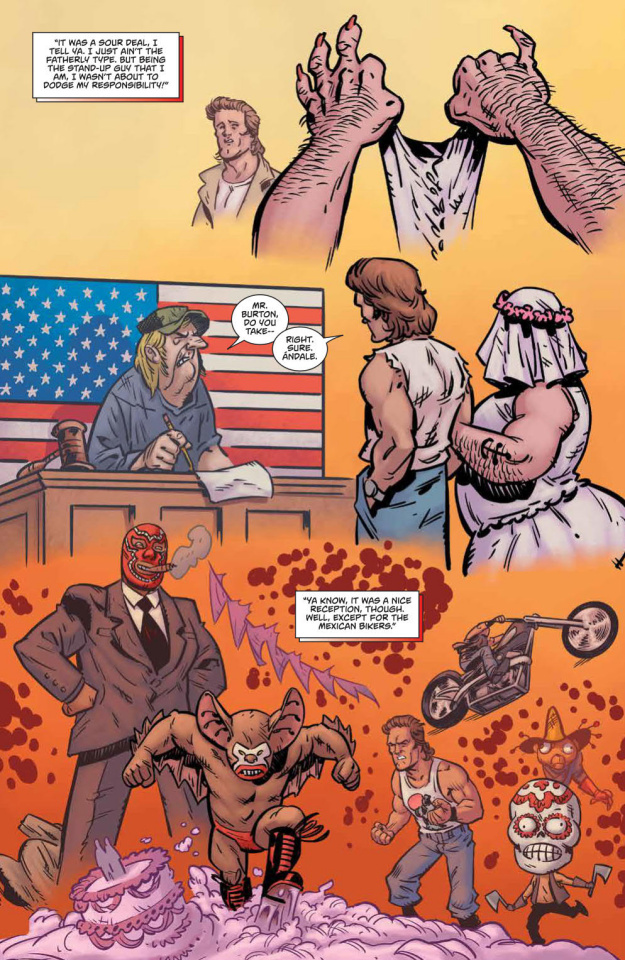 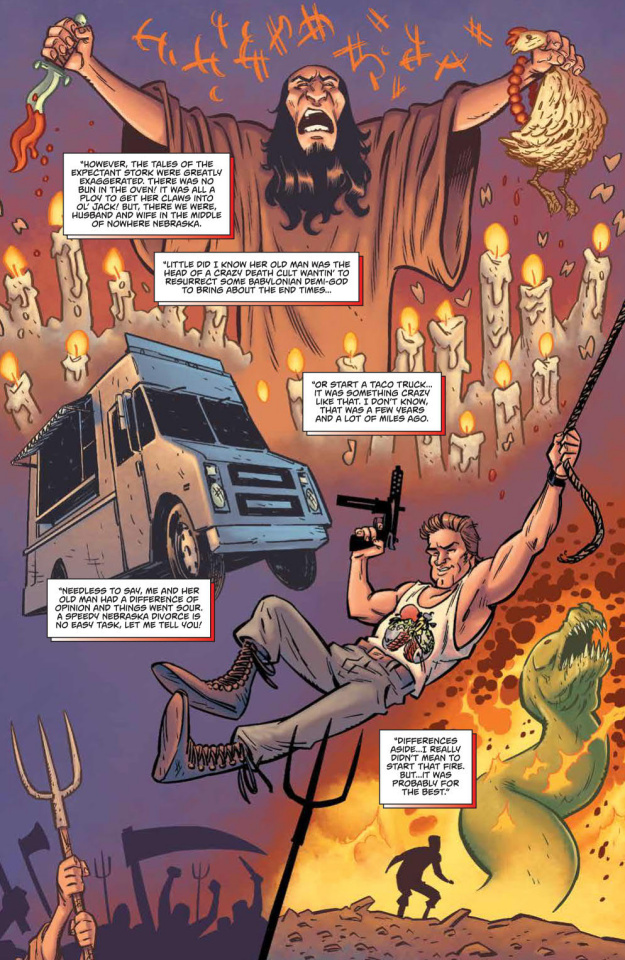 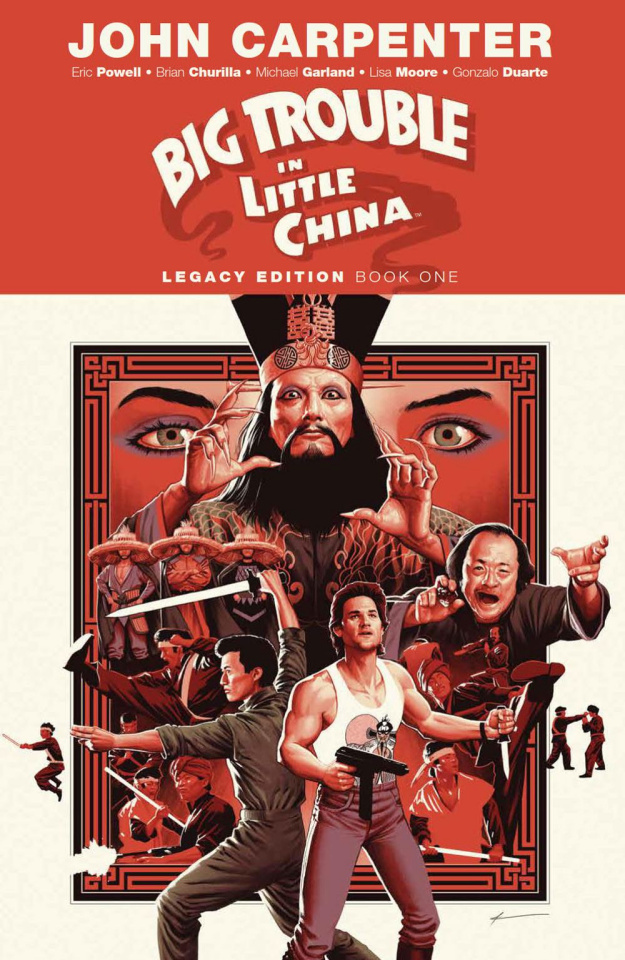