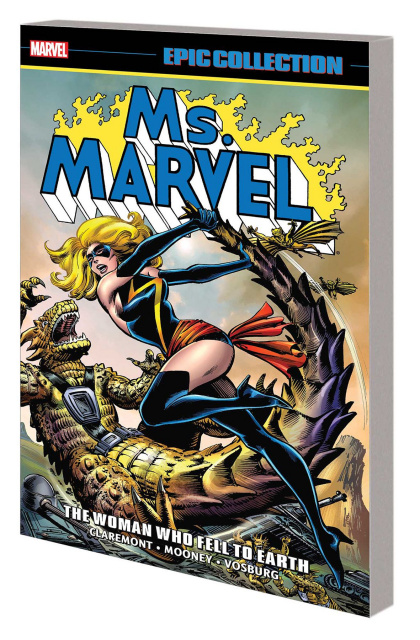 Ms. Marvel: The Woman Who Fell to Earth (Epic Collection)

Chris Claremont weaves complex plots and compelling characterization in the conclusion of Carol Danvers' original adventures! As Ms. Marvel, Carol meets the Avengers for the first time! The shape-shifting Mystique makes her debut! A battle with Ronan the Accuser brings Carol and Mar-Vell together - and leads to a new look for our heroine! Encounters with Deathbird, the Guardians of the Galaxy and Sabretooth set the stage for a controversial Avengers saga and a life-altering battle against Mystique and Rogue, culminating in a major Marvel milestone featuring the X-Men and Avengers! Plus: Carol battles the Brotherhood of Evil Mutants - and mourns the passing of Mar-Vell!