Jack is back! Thrill to all-time classics from Kirby's 1970s return to Marvel - presented larger than life in true "King" size! With Kirby as both writer and artist, these stories are a live wire hooked directly into the imagination of comics' most powerful creative dynamo. Captain America battles the Red Skull and the bizarre Arnim Zola - who has reanimated Hitler's brain in the body of an unstoppable android! The Black Panther faces a generation-spanning Wakandan saga for the ages! Machine Man, a weapon of war with a human soul, explores the world of man - but can he find acceptance before the army hunts him down? And Devil Dinosaur and Moon Boy fight savage battles against alien invaders to protect early humans from annihilation! 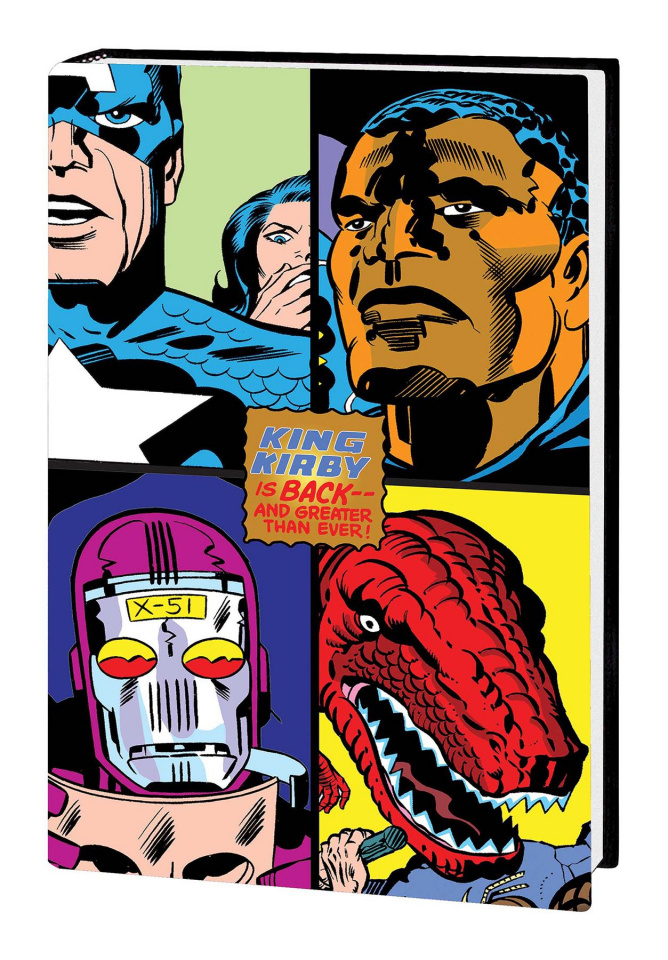