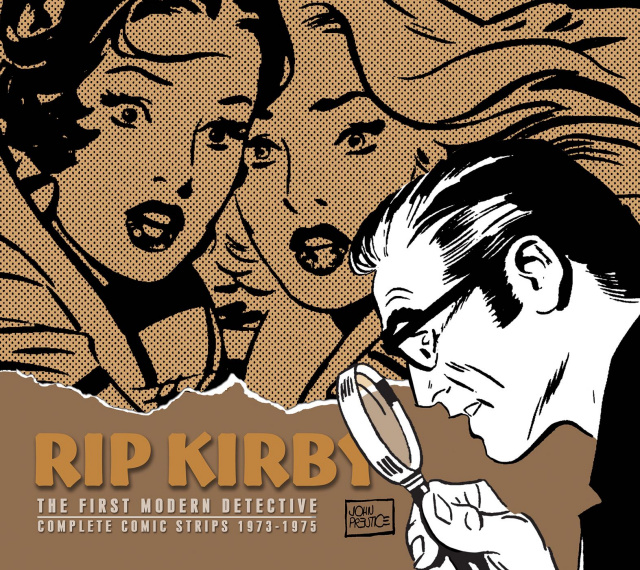 The longest-running modern adventure strip continues with 11 new stories starring the debonair private detective, reproduced from the original King Features Syndicate proofs. In these stories, Rip Kirby takes part in an old-style shoot-out in a nearly deserted Western ghost town, battles the deadly Owl and the Pussycat over a hidden stash of heroin, and rubs a magic lamp the wrong way in a Turkish bazaar. After learning he is the doppelganger of the crown prince of a postage stamp-sized country, the bespectacled detective follows the train of a counterfeit two million before being framed by a paroled con man who wants to get even with Rip for making him play second fiddle in the prison orchestra. Plus-the long-awaited return of Rip's original girlfriend, Honey Dorian, as well as his arch-nemesis, the deadly Mangler! The more than 800 sequential comics from January 22, 1974 to October 11, 1975 also feature Rip's new girlfriend, Holly Glowstep, and standbys such as Desmond, Wiggins, and Ma Casino. Advance solicited for July release!

"John Prentice's work is superb. He's one of the few cartoonists who took an important strip by a great cartoonist and did it not only justice, but in some ways, was as good as-and in some cases better than-the originator."