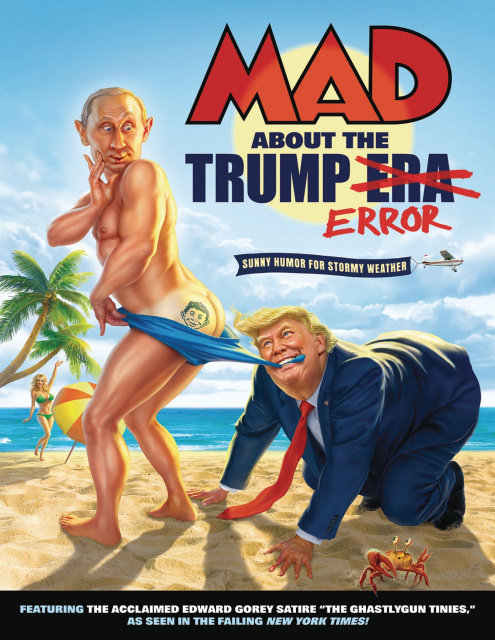 MAD About the Trump Era

In this sequel to the best-selling MAD ABOUT TRUMP: A BRILLIANT LOOK AT OUR BRAINLESS PRESIDENT, America's most pompous, pernicious and repugnant president gets another relentless roast inside the MAD oven! You'll retch as you relive the tortured memories of the past two years. Who can forget brainless ideas like "Space Force," petty nicknames such as "Rocket Man," despicable policies like family separation at the Mexican border, and Trump's constant cries of "witch hunt" and "no collusion" as we watched his closest cronies get carted off to jail. All the face-palming stupidity, casual cruelty, racist-enabling, bald-faced lying, three a.m. tweeting, and much more is lampooned for your "executive time" enjoyment!