Kei Kawade thinks he knows what his powers can do, but he has no idea of his own potential! Now, as the dangers of the Savage Land threaten the safety of the entire planet, can Kei and his monster army - Aegis, Slizzik, Scragg, Hi-Vo and Mekara - protect its borders? Or will he need reinforcements? And when he accidentally summons a Poison Fin Fang Foom from the fearsome Venomverse, what will that mean for his world? And as if all that weren't enough, here comes a swarm of giant bees! When Kei's mentor Elsa Bloodstone goes missing, he'll have to use all of his wits - and his knowledge of monster lore - to track her down and save the day. But why have Karnak and Lockjaw of the Inhumans taken Kid Kaiju to the moon? 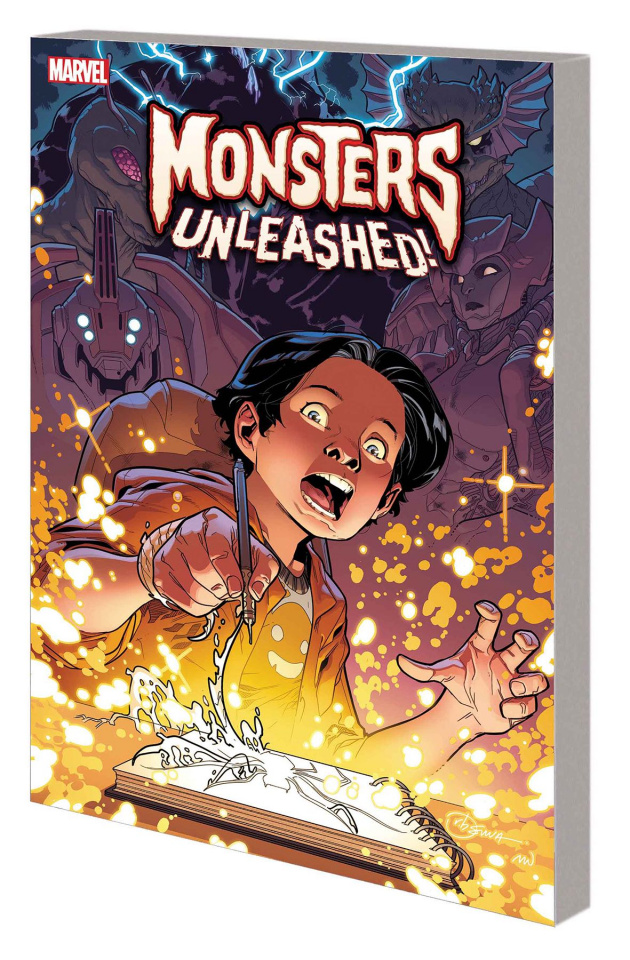