As Captain Marvel, Carol Danvers has traveled to almost every inch of the planet - and beyond! Now she's heading somewhere uncharted! Join Carol on her new cosmic journey through a realm where up is down...and good is evil! As Carol chases down the the truth about her Kree friend Bean, she'll come face to face with the darkest being in this or any galaxy. You'd think a familiar face would be comforting, but this Peter Quill doesn't seem to be in a friendly mood. It's Carol vs. Peter, and the prize is - the Reality Stone! But will the unmatched power of this unearthed artifact be enough to pull Carol back to reality, or is this merely the first step in a much larger quest?. 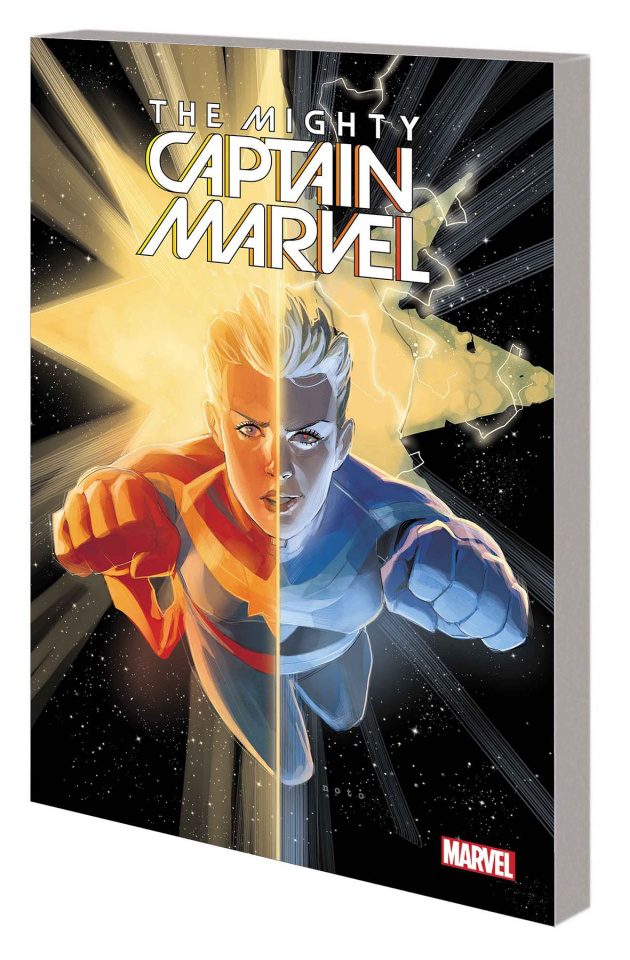