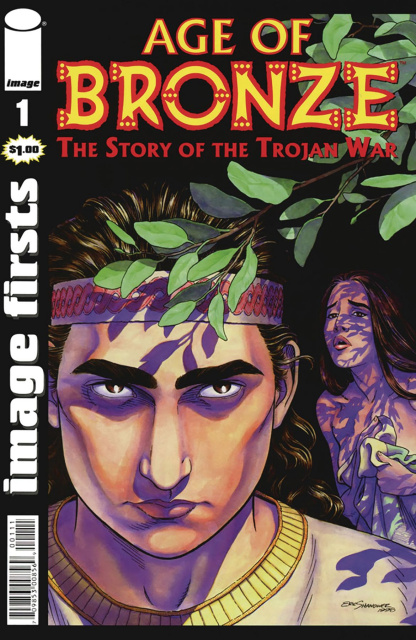 The Age of Bronze #1 (Image Firsts)

The Trojan War has been the greatest of Greek myths for more than 2500 years, and now ERIC SHANOWER presents his unique version of the story, gathered from extensive sources and drawn with historical fidelity. In this volume, Helen's triumphant entry into Troy is marred by Kassandra's wild prophecies of doom. Meanwhile, a massive army approaches from across the sea, but a disastrous battle forces the High King Agamemnon to make a fateful decision. Will he command the death of his daughter to satisfy the gods? Or will he give up his dream of conquering Troy?