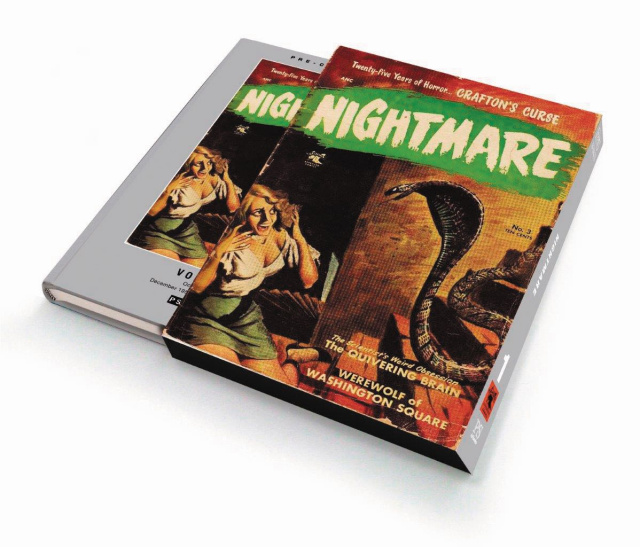 Special Notes: St. John was a mid-sized comics publisher with a varied list of titles, and in June 1952 they joined the horror binge with two titles, Strange Terrors and Weird Horrors. Strange Terrors ended after seven issues, to be replaced by Nightmare #3, picking up from the Ziff-Davis series. However -- and I can't explain this, only report it -- they then combined the title Nightmare with the numbering from Weird Horrors, so that Weird Horrors #9 and Nightmare #3 were followed by Nightmare #10. And after Nightmare #13 the title was changed to Amazing Ghost Stories for its final three issues.