"All-New, All-Different"? No, thank you! New things are bad, and different things are scary! Instead, join everybody's least favorite super team in its first-ever ongoing series - the Same Old, Same Old Great Lakes Avengers! When Squirrel Girl's former teammates get reinstated as permanent members of the Avengers and uprooted to Detroit, the GLA has one more shot at super-hero glory - but can they all answer the call? With their former leader Mister Immortal buried alive, Flatman takes charge - with hilarious consequences! The heroes end up in jail, shut down by the very city they're trying to protect! Big Bertha gets back to work! Doorman is an Angel of Death! Ant-Man guest-stars! And Mister Immortal returns from the grave! (That's not a spoiler, it's kind of his thing.) Collecting GREAT LAKES AVENGERS #1-6. 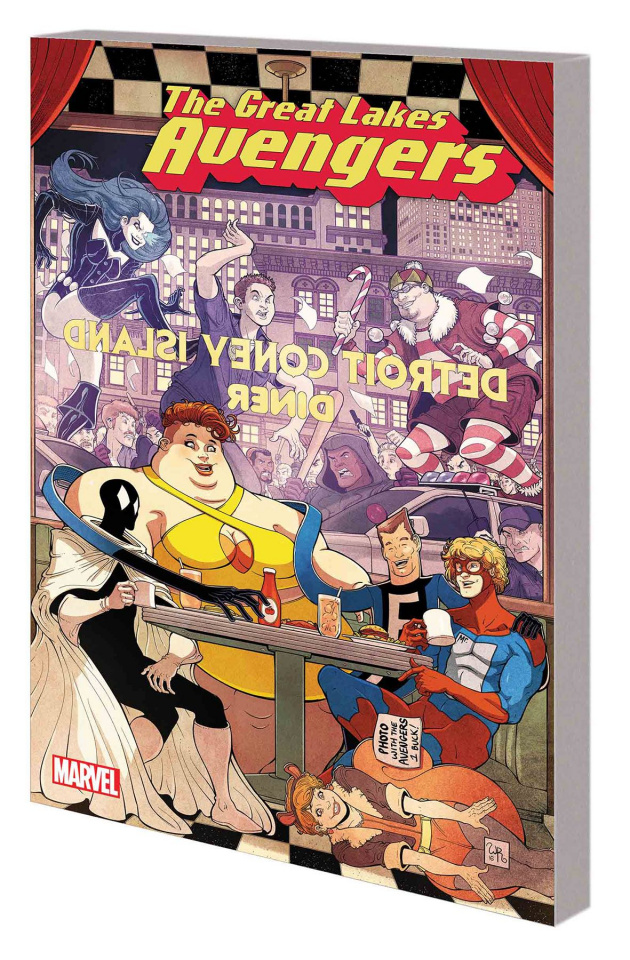