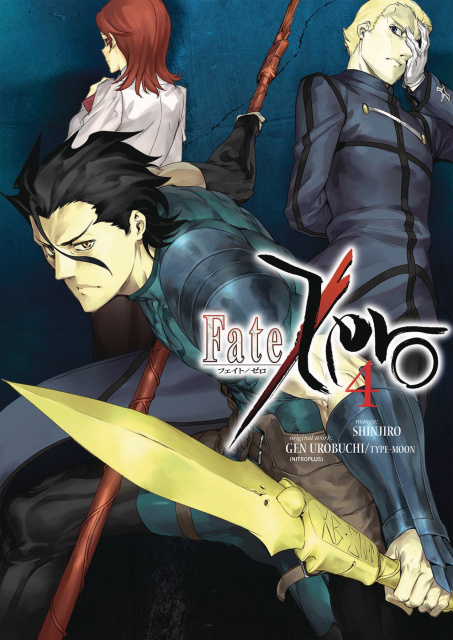 With the Fourth Holy Grail War underway, seven magi and their summoned heroes from history battle to the death to claim the Grail and have their wishes granted. Kiritsugu brings down a skyscraper to eliminate Kayneth and Lancer, but it does not go as planned... and Caster makes his move against Saber!

- The manga adaptation of Type-Moon's hit anime and novel series!