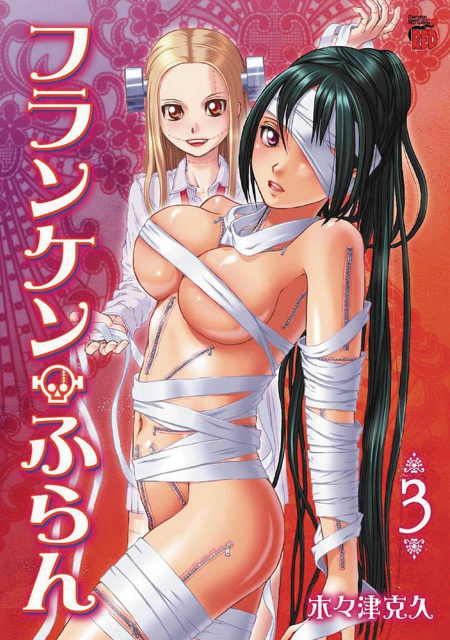 Dr. Frankenstein has met his match in Franken Fran! Somewhere, out in the sticks of rural Japan, there is a mysterious manor that is home to the greatest surgeon who ever lived. Actually, the surgeon hasn't been seen for years, but Fran, his reanimated daughter, takes up the family profession in his stead. Starting with the bolts that protrude from her head, Fran isn't exactly what you would call a normal girl, nor is the cast of horribly disfigured creatures who join her. Join Fran, her twisted sister Veronica, and the rest of her monstrous entourage in a gruesomely hilarious tale that would put Mary Shelley to shame! Collects volume 3 and 4 of the original manga.